The Jets assistant coach is heading to the NCAA to become a college head coach. 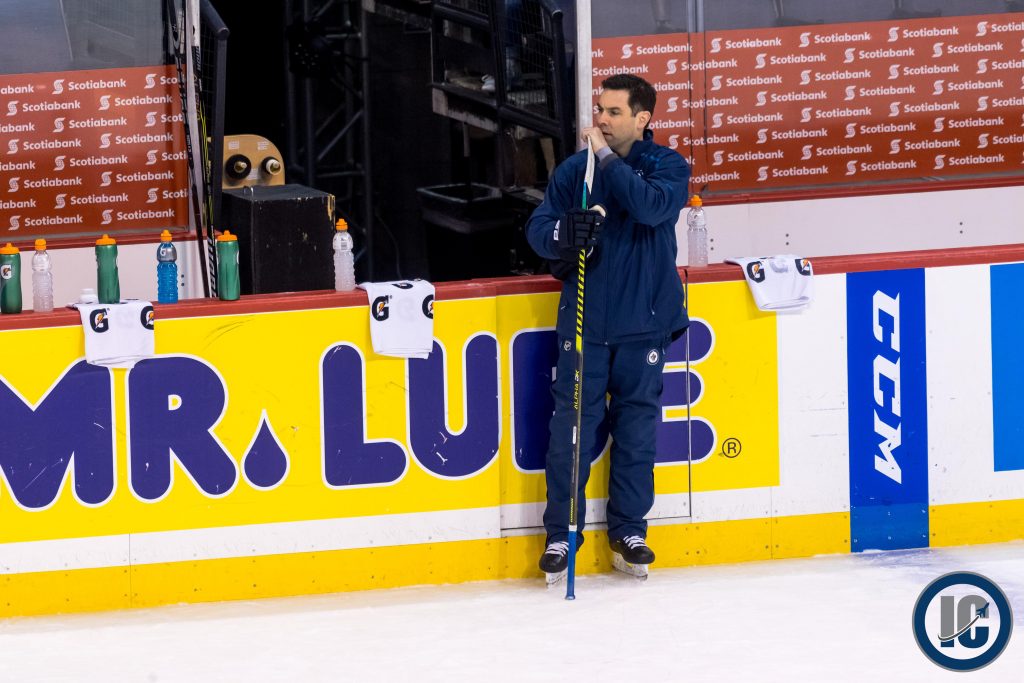 The news first broke earlier today courtesy of ESPN sportscaster John Buccigross that Jets assistant coach Todd Woodcroft had been offered the head coaching position in Vermont.  This evening the Catamounts made it official that Woodcroft would be taking over for a retiring Kevin Sneddon to become the fifth head coach in the 57 year history of the US college hockey program.

Woodcroft has been with the Jets for the last four seasons and is seen as as a very good hockey mind and a good educator who works well with players.  And those will be big pluses as he tries to help turn things around in Vermont after a season which saw the Catamounts go 2-18-4.

Vermont’s Director of Athletics Jeff Schulman said this about the Jets assistant coach in a statement on the team website:

“Todd’s experiences in hockey at the highest level, in the NHL and internationally, combined with his personal integrity and a strong desire to coach in a college setting that values academic excellence and personal development alongside high-level hockey, made him standout among an outstanding pool of candidates.”

From the same statement this is part of what Woodcroft had to say in accepting the position:

“I am extremely humbled and very honored to lead the Catamounts. From day one, our fans can expect a program that will emphasize excellence in the classroom, service to the community and a TEAM that will compete in every game and ultimately at a championship level.”

This will be Woodcroft first head coaching position.  He broke into pro hockey as a video coach with the Minnesota Wild back in 2000 which was also their first season in the NHL and would spend five seasons in the Land of 10,000 Lakes.  Next up was a season with the Capitals in the same capacity before moving on and spending a season in the KHL.  Four years with the Kings as a European scout followed by three with the Flames before he ultimately landed in Winnipeg.

Now he is off  to the Green Mountain State.