CBC:  Moose assistant coach named bench boss.  Sticking with the loyalty theme, True North promotes from within.  A good move as McCambridge already knows the players/organization he will be coaching.

Winnipeg Free Press:  Jets ‘tweaking’ new colours.  Since the ‘name game’ finished the logo and team colours have been one of the most talked about speculation regarding the newest NHL team.  Here is the logo that was proposed by Fraser Davidson and Brian Gundell which created quite a bit of chatter. 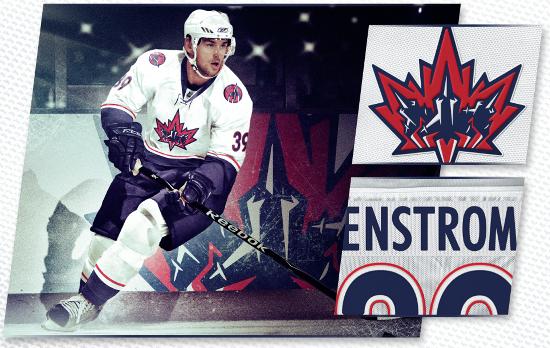 The Telegram:  Big game will be played at bigger venue.  Surprised the NHL would have even allowed an exhibition game to be played in front of only 600 fans.

The Tennessean:  Nashville Predators split on realignment.  Not surprising that Manitoba’s Barry Trotz is fine remaining in the West.  However, until the league figures out what’s happening with the Coyotes, all this Nashville, Columbus and Detroit to the East talk is putting the cart before the horse.

London Free Press:  Jets logo wait delays hockey cards.  Perhaps they need to do it old school.  Remember when they used to have the players wearing their old jersey and their would be an * saying “player traded to Jets”.  Well if they can’t wait, let them wear the Thrashers logo and put * “team traded to Winnipeg”.

Washington Post:  Caps owners says Capitals will make playoffs 10 to 15 years in a row.  About the only promise/vow he should be making is that they will win a Stanley Cup in the next 10-15 years.

New York Post:  Rangers’ Gaborik excited to partner with Richards.  With the guys that Gaborik was forced to make due with, his points totals should really increase with a player of Richards talent level in this line-up.

Windsor Star:  Detroit’s Holland had backup plans.  With news that the GM of the Wings is off to B.C. to meet with Chris Osgood, you have to believe that they will wrap him up for one more (final) season with Detroit.