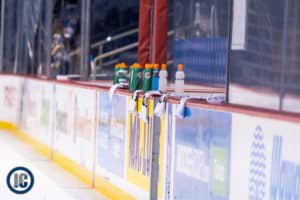 The NHL hit the pause button on the season a few hours ago and the AHL has followed suit with the minor hockey league suspending play during this coronavirus pandemic according to Pierre LeBrun of TSN.

With the health and safety of our players, officials, staff and fans of primary importance, the American Hockey League has announced the suspension of play until further notice, effective immediately, due to concerns over the COVID-19 pandemic.

The AHL will continue to monitor developments and will provide updates on the 2019-20 season at the appropriate time.

As I wrote about in my earlier post about the NHL, there has been a lot of talk about social distancing whereby you essentially avoid crowds.  Local governments in California and Ohio had already stated there couldn’t be large gatherings so AHL teams like the San Jose Barracuda and Cleveland Monsters would have played in front of empty arenas.  Not ideal for a league that requires fans in the stands.

The Moose actually left for Milwaukee today as they were scheduled to practice this afternoon ahead of a six-game road trip.  Instead they will return home and wait for further word as to the next steps.

Manitoba has/had 15 games remaining in the regular season (six home games and nine on the road).  They sit seven points back of the fourth and final playoff spot in the Central Division.

The Moose will return to Winnipeg tonight.

As always stay tuned for the latest Winnipeg Jets and Manitoba Moose news.

NHL suspends the 2019-20 season due to the coronavirus outbreak; Winnipeg Jets season on pause
True North chairman Mark Chipman provides update related to COVID-19 as it concerns the Winnipeg Jets and Manitoba Moose