Arizona Republic:  Goldwater Institute sends out a mailer to an unlikely non-supporter, Mayor Scruggs.  She couldn’t have been too happy to have received that in her mailbox this morning.  Curious timing of this mailer by Goldwater.  Perhaps they view it as final dagger in COG plans to keep team. 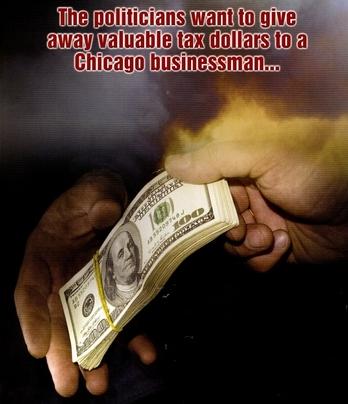 Sportsnet:  Ongoing ownership drama.  No question that TNSE has gone about things in the proper manner.

Phoenix Business Journal:  NHL tab could pump 25 million into Coyotes sale.  Wonder what the Audit Summit will be like when the COG and NHL go over books to ensure that losses were actually 36.6 million for 8 months.

Globe & Mail:  Glendale on hook for $25 million. Discussing the possible ramifications of the bill the NHL sent Glendale and how it may affect the Hulsizer deal.  Looking at TSN’s David Naylor’s tweet below, you have to wonder what can change to make hockey work in the desert.

Examiner:  Thrashers decline to comment on “speculation” of move to Winnipeg.  The writer gets Winnipeg’s population wrong, and uses the tired “frozen prairie” line, but he does provide the only local take so far on the Thrashers situation.

CBC (Video – starts at 4:26):  Coach’s Corner.  Don Cherry talks Telus Cup, which was won by the Winnipeg Thrashers, and mentions if not Phoenix, then Atlanta.

CBS Sports Eye on Hockey:  Mystery man looking to buy Thrashers?  I was always a Days of our Lives fan, so I would have gone with Stefano Dimera as the mystery name.  Kinda sick of hearing about this Balkan character.

The Hockey News:  Q & A with Adam Proteau asking if players would go to Quebec City over Winnipeg.  As Adam says and as Charlie Sheen would say, the key is one thing; winning, duh.

“This is not an NHL decision, this is really up to the people in Winnipeg and the prospective owners . . . to see if there’s something to be done to keep the team there,” Gary Bettman 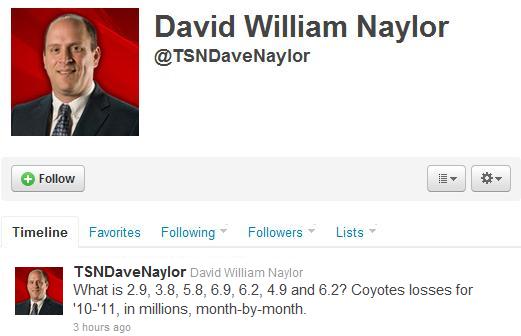 Drama in the Desert: NHL sends Glendale 25 million dollar bill for Yotes losses but total for season is 36.6 million, Thrashers appear to be NHL’s sacrificial lamb, Does TNSE have the luxury of a choice between Phoenix and Atlanta?
Teams in Trouble: Coyotes might want to whiteout the balance sheet, Will Winnipeg be left at the alter by NHL?