Winnipeg Free Press:  Jets coaches get hands dirty.  These guys gave up 2nd most goals in the NHL last season, so hopefully Huddy & Flaherty can improve on that this season. 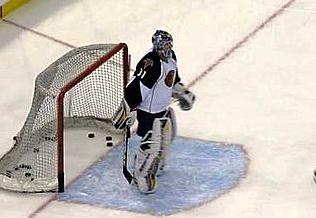 Capgeek:  Ben Maxwell signs.  Capgeek is reporting that he has signed and his cap impact appears to have gone down.  Maxwell tweeted;

Signed on with the Jets yesterday, can’t wait to get things going in Winnipeg!

New York Post:  Devils need Lemaire to coach.  They need to convince Jacques to come out of retirement.  Love this line;

The Devils are the NHL’s answer to “The Firm.” Sometimes employees just disappear — usually the ones behind the bench.

Columbus Dispatch:  Realignment has its rewards.  Of the teams that are pushing to move to the East, Columbus is probably the easiest to move in terms of not disrupting any major rivalries but until Phoenix gets settled, nobody will be heading east too quickly.

Detroit Free Press:  Red Wings prospect Mitch Callahan focusing on style, not stats.  On a finesse team like Detroit, being a chippy tough guy, who is defensively responsible, might be just what coach Babcock ordered.

Boston Globe:  Cup quickly becoming a real frequent flyer.  Hanging out in a Slovakian Castle with Zdeno Chara is quite a cool locale.

Edmonton Journal:  Craig MacTavish to coach Chicago Wolves?  Surprising that he would have to return to the AHL for some seasoning before getting a chance in the NHL again.