Statement from the Winnipeg Jets regarding the passing of Don Baizley

It is with the saddest of hearts that True North Sports & Entertainment Limited and the Winnipeg Jets Hockey Club pass on our deepest condolences to the family of Don Baizley following his passing this morning. 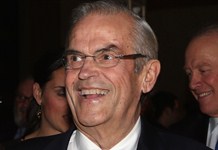 As a Winnipeg-based agent in the game of hockey, Baizley was not only a close colleague to many at True North Sports & Entertainment Limited, but also a dear friend to the likes of Chairman Mark Chipman, General Manager Kevin Cheveldayoff, and Assistant General Manager Craig Heisinger as well as many others.

Baizley was a pioneer in our game and had a profound influence on not only the business of hockey, but also the way the game was played in North America with the introduction of Ulf Nilsson, Anders Hedberg, & Lars-Erik Sjoberg to the World Hockey Association and the Winnipeg Jets in the 1970’s. He also had an impact on the Jets during the NHL years with representation of both Teemu Selanne and current Jets defenceman Toby Enstrom.

“The sport of hockey and particularly the game in Winnipeg lost a legend today,” said Mark Chipman, Executive Chairman & Governor of True North Sports & Entertainment Limited. “He was an incredible friend and a great resource of information and guidance as the Manitoba Moose passed through the years and into the NHL with the return of the Winnipeg Jets. He will be missed.”

“Don Baizley was one of the truly unique individuals in our game,” said Kevin Cheveldayoff, Executive Vice-President & General Manager of the Winnipeg Jets. “He was loyal, humble and so well-respected. He was honest yet fair and a true gentlemen in what can sometimes be difficult circumstances. While everyone associated with the National hockey League will feel sadness today, we at the Winnipeg Jets are experiencing a huge loss because of the personal relationships he had with so many in our organization and our city.”