This weekend, the NHL Draft will take centre stage in New Jersey and metropolitan New York, and as you have come to expect, Illegal Curve has you covered with all the latest Winnipeg Jets and NHL news. 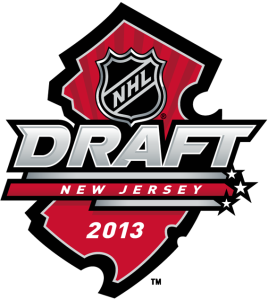 This weekend, the NHL Draft will take centre stage in New Jersey and metropolitan New York, and as you have come to expect, Illegal Curve has you covered with all the latest Winnipeg Jets and NHL news.

Saturday morning, starting at 11:00 AM CT, prior to the Illegal Curve Hockey Show, IC will be part of a pre-draft special, airing nationally across all the TSN radio stations, and featuring the TSN hockey insiders and TSN radio personalities from across the country.

Later Saturday afternoon, at a special start time of 3:00 PM CT, and originating from two locations, the TSN 1290 studios in Winnipeg and the NHL store in mid-town Manhattan, Richard Pollock, Ezra Ginsburg, Drew Mindell, producer Michael Remis and David Minuk of www.illegalcurve.com will be broadcasting a pre-draft edition of the Illegal Curve Hockey Show, getting you up to speed on everything you will need to know prior to Sunday’s NHL Draft in New Jersey.

On Sunday afternoon, the day of the NHL Draft, both the Illegal Curve Hockey Show and www.illegalcurve.com, will be your destination for the latest news and occurrences from the 2013 NHL Draft. 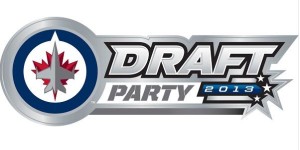 Starting at 2:00 PM on Sunday on TSN 1290, the IC team, and Hustler & Lawless, will bring you comprehensive NHL Draft coverage, with broadcasts originating from the floor of the Prudential Centre in Newark, NJ and from the Winnipeg Jets Draft Party at the Shark Club in Winnipeg. In addition to radio coverage on TSN 1290, www.illegalcurve.com will be your website of choice for the latest interviews with the Winnipeg Jets 2013 NHL draft picks, additional audio from the Draft Floor, and analysis of the 2013 NHL Draft.

This NHL Draft weekend, and as always for Winnipeg Jets news, audio and analysis, the Illegal Curve Hockey Show, www.illegalcurve.com, and TSN 1290 are your homes for hockey in Winnipeg.

Statement from the Winnipeg Jets regarding the passing of Don Baizley
Winnipeg Jets Tobias Enstrom robbed, assaulted in Sweden