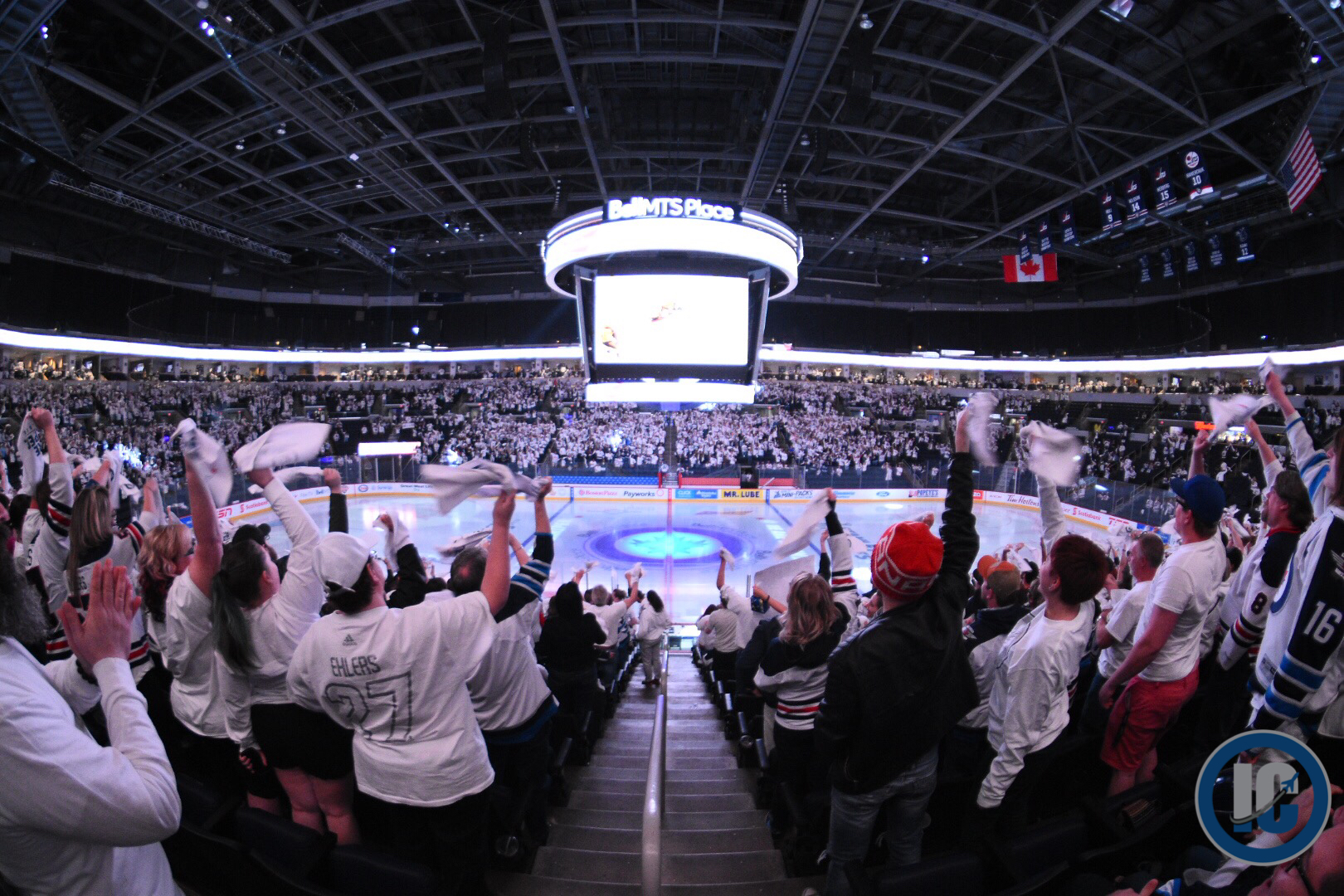 Fans inside Bell MTS Place had a blast at the Viewing Party.

After both teams went scoreless in the opening 20 minutes the Jets and Preds exploded for six goals in the middle frame (4 for the Jets and 2 for the Preds).  This included Kyle Connor scoring his first ever playoff goal (and then his second for good measure).  In the 3rd period Mark Scheifele got his ninth of the playoffs (puts him 2nd in overall NHL playoff goals) and Mathieu Perreault got his first of the playoffs as he got back into the lineup after missing the last eight games.  Connor Hellebuyck made 38 saves including 11 by Nashville in the opening period.

The Jets take a 3-2 series lead and are one game away from doing something no NHL team based in Winnipeg has ever done before as they can punch their ticket to the 3rd round on Monday when puck drops on game 6 in Peg’ city.

Take a look at the advanced stats via Natural Stat Trick.

Coach Maurice:  On knowing that Kyle Connor was “feeling it” tonight.  Was it nerves impacting Kyle Connor previously? Was he surprised about the 2nd period result given the way the 1st period went?  What made him decide to put Kyle Connor back with Scheifele and Wheeler?  Did he have to do any coaching with the young guys who hadn’t scored?  What did his gut tell him when he got to the rink?  Is there confidence among the group that they control things now?