L.A. Times:  It’s all on the line for Kings after Game 6 loss to Sharks. 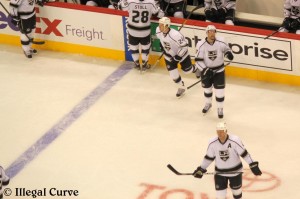 L.A. Times:  Jarret Stoll says he feels good, has no timetable for return.

L.A. Times:  Slava Voynov likes to go on the offense.

Detroit Free Press:  Wings want to ‘have some fun’ tonight as they try again to close out Chicago.

Chicago Sun-Times:  Blackhawks playing underdog card, but will it work in Detroit?