Chicago Sun-Times:  Shaw vs. Marchand in battle royale of irritants.

Chicago Sun-Times:  Blackhawks confident they can avoid what Bruins did to Penguins.

Winnipeg Free Press:  Bigger Byfuglien in no shape for a trade.  Does size matter?

TSN:  Off season game plan.  If you missed it they had quite an in-depth look at the team on TSN and what the plan will be to get this team moving in the right direction. 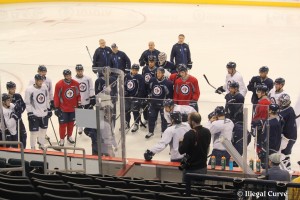 NHL.com:  2013 mock Entry Draft.  As we get closer to the June 30th draft day we are going to see more and more mock drafts with prognosticators taking their turn to predict the draft outcome.  Of course with trades so many things can change but here are three looks at the top 30 and who these guys think the Jets may take.