A one-year deal for the defenceman. 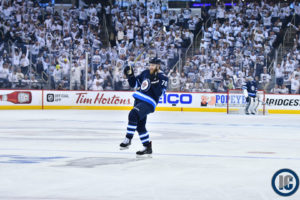 There was some consternation from Jets fans when the team announced the 12 RFAs that they qualified on Monday and Joe Morrow’s name was left off that list.  Morrow played 18 regular season games and six in the playoffs after he was acquired by Winnipeg from Montreal this past season.

So there it is.  The first of a few new contracts you can expect to hear about as Jets GM Kevin Cheveldayoff takes care of his housekeeping.  Jamie Thomas of Jets TV tweeted that the team is expected to make the official announcement on Wednesday.

Update:  The Jets have made it official.