A report has surfaced that Jets RFA Andrew Copp has a two-year deal with the Jets. 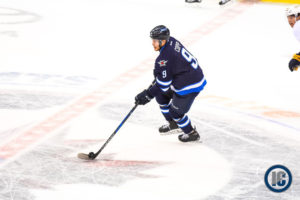 The problem with this time of year is you never know when news can break.  While I was at Earls Main news on twitter was breaking that the Jets and RFA Andrew Copp had reached a tw0-year deal worth two million dollars (total) according to Aaron Ward of TSN.

Darren Dreger then chimed in that it was $900,000.00 for the first year and 1.1 million for the second year of the deal with the soon to be third-year pro.

Last season he played 64 games for the Jets scoring nine times and adding eight assists.  He also played eight games with the AHL Manitoba Moose where he had zero goals and five assists.

Update:  Jets have made it official.