While we at IC would love to jump on the speculation bandwagon, which in the past 24-48 hours has seen suggestions ranging from; multiple Gary Bettman sightings, to tracking private planes with possible NHL logo’s that may have landed at Winnipeg Airport to those announcing potential press conferences.  We will continue to take a wait and see approach and continue to provide you with all the latest news as it happens, throughout the day.  For up to the minute reports, make sure you are following @illegalcurve on twitter.  When the time comes for an announcement, be sure to check back with Illegal Curve as we have an announcement of our own.  And now onto the news of the day……

Winnipeg Free Press:  Cool your Jets – Thrashers sale likely won’t happen this week.  Even though this isn’t True North who created the situation, they are taking a risk of losing all the good will that’s been building. Winnipeg Sun:  Thousands sign petition to retain Winnipeg Jets name.  As our own polling has shown, at least 60% of all who responded want the Jets name back.

Nobody’s announced anything and frankly if there is something going on nothing is going to happen until it actually happens, which means it may not happen.

Click ‘read more’ for additional all the news links, blogs, and today’s tweet/pic/video of the day.

Montreal Gazette:  NHL could come home to a bigger, wealthier, more cosmopolitan Winnipeg.  Anyone who has spent time here can tell you that Winnipeg hasn’t rested on its laurels since the NHL left.

USA Today:  Ownership change turns Lightning into a franchise on the rise.  It is an article like this that will have fans in Atlanta wondering what could have been had they had the right ownership group.

CBC:  NHL franchise hopes give Winnipeg its groove back.  Really great article from a former Winnipegger.

If Winnipeggers saw a strong message in the Jets leaving, there is surely an equally powerful one in an NHL team coming back.

Winnipeg Free Press:  Manitoba premier urges Manitoba hockey fans to be patient.  What he’s suggesting is that people stop reading Illegalcurve and get back to work as workplace productivity in the province must be way down.  We respectfully disagree with that position as does this person (who shall remain nameless to protect their anonymity) who posted this to their facebook entitled “Hard at work”. 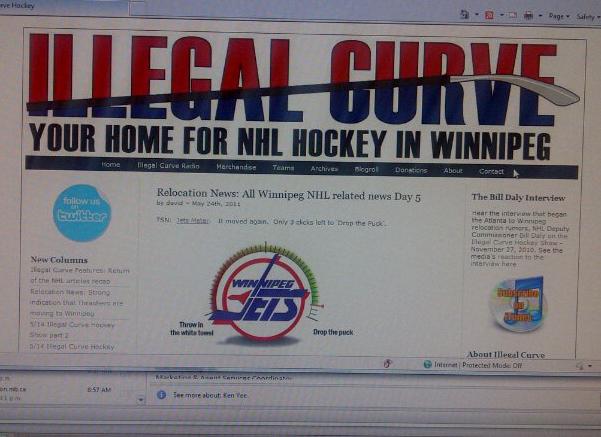 Atlanta Journal Constitution:  No news on completion, announcement of Thrashers sale.  Perhaps we are not hours away then.

Winnipeg Sun:  NHL announcement this week.  While I tend to agree with Mayor Katz, I hope this just isn’t more speculation. If no announcement is made this week are there any repercussions?

New Jersey News:  Failure of Atlanta Thrashers and other sports can be blamed on Ronald Regan.  All this time you thought you could blame ASG for the failure of the team, but it’s really the fault of former actor turned President Ronald Regan’s and his changes in 1986 to the Tax Code.

Winnipeg Free Press:  You’ll be seeing stars.  Not to dismiss the prospect of seeing Ovechkin and Crosby, but as I said yesterday, just make sure the Coyotes come to town.

Winnipeg Free Press:  Thrashers move all about business, not fans.  You can’t be entirely dismissive of your fans.  Yes people will support NHL hockey in Winnipeg, but if they keep the Moose name for example, I guarantee that you will see more Jets jerseys during year 1.  If I recall correctly didn’t San Jose have a “name the team” contest?  So it isn’t entirely outside the norm to allow fans to be part of the process.

Winnipeg Free Press:  1001 things to do before deal complete.  Let’s hope they get all the details completed in the next few days, because people in both Atlanta and Winnipeg need to move on to the next step.  And while the powers that be have 1001 things to do, all fans in Winnipeg have to do is put on Jets jerseys and get downtown to party. 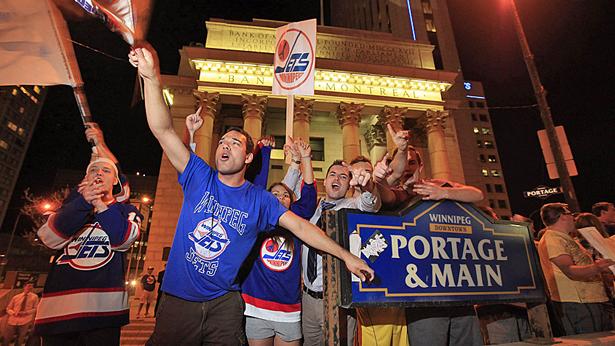 Ottawa Citizen:  Thrashers’ move all but a done deal.  Is anyone else ready to start worrying about the name debate?  (I write this while wearing my Jets jersey).

Toronto Sun:  Winnipeg won’t let NHL go again.  As we’ve suggested before, this puts Winnipeg back on the map.  It doesn’t define who we are as a city but it helps to get us notice on the North American stage.

The Hockey News:  Deal done, decision on announcement looms. Looks like the NHL finally figured out how much they and the owners will be getting from True North.

Ice Man (AJC):  Another chance for Atlanta Spirit to do the right thing.  An honourable request that wouldn’t be a hardship to accommodate.

SB Nation Atlanta:  Anson Carter says Thrashers had legit local option.  So hard to base anything on a tweet.  140 characters doesn’t exactly leave you with too much room to express yourself.

AM 630:  Thrashers moving to Winnipeg.  Is today the day of the announcement?  As you can see from today’s Tweet of the Day, Bob McKenzie certainly doesn’t think so.

CBC:  Moose move to St. John’s may hinge on subsidy.  Wonder if there is a communist party in the Maritimes, which will protest like they did here in Winnipeg yesterday.

Winnipeg Free Press:  Moose remain in picture.  That will mean a lot of work for AHL President Dave Andrews.

Picture of the Day – the Original Jets meter: 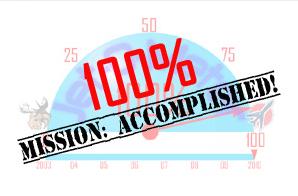 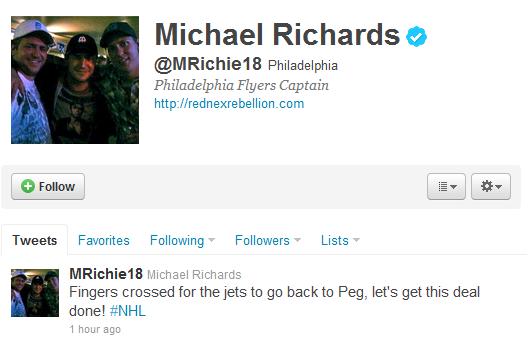