Reactions to the Winnipeg Jets Jersey with GM Kevin Cheveldayoff

After the jersey’s were revealed, Illegal Curve briefly spoke with Jets GM Kevin Cheveldayoff for his reaction to the jersey. 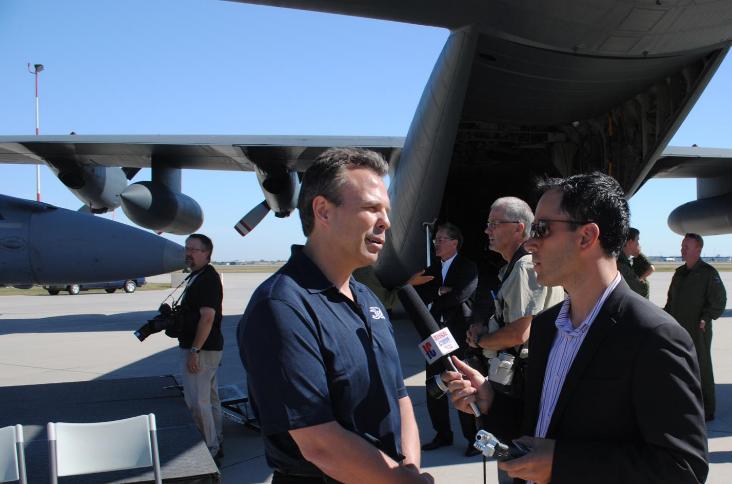 Illegal Curve: What are your first impressions of the jerseys?

Kevin Cheveldayoff: I was very excited, I hadn’t seen the prototypes for quite a while, obviously it takes time for them to go through production, I hadn’t seen them for a bit, I was catching a glimpse out of my eye when the plane was opening up and the guys were coming out, I got chills down my spine a little. Obviously one of the things that is very apparent is that the colours are very bold and very rich and if you walk through our dressing room, I saw the transformation of the colours going on to the walls. It is a good colour it is very strong when it comes to a crest, a logo, and certainly now the jerseys.

Illegal Curve: Did you have any input in regards to the jerseys?

Kevin Cheveldayoff: I came into the process, a little bit later, obviously I joined the team on the 8th (of June), I think that really from the moment that the franchise was awarded, I know that Mark (Chipman) and the True North Group, Reebok and the NHL were working on it before I got in. They were gracious enough to show me some things along the way, but the real kudos goes to Mark Chipman, Dorian Murphy and the True North group.

After the jump we find out what’s next on the Jets GM’s agenda and his paraphrased thoughts on players from northern climates playing for the Jets.

Illegal Curve: What is next on your agenda?

Kevin Cheveldayoff: The real exciting part comes now, the players are starting to come into town we have rookie camp not even a week away. For me, and for Zinger and for the hockey staff, that is the exciting part. For the players its exciting as well that’s not to underestimate how important this was to the players.

Unfortunately we lost the audio for our final two questions which had to do with selecting players from northern climates (to paraphrase Chevy they will take anyone, from anywhere as long as they fit the type of player the Jets are seeking) and another question regarding expectations for this team going forward.