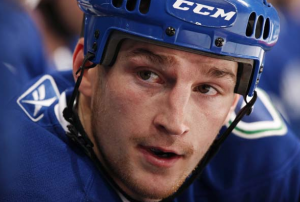 Illegal Curve has some very sad news to pass along.  James Mirtle of the Globe and Mail has reported that Winnipeg Jets forward Rick Rypien has been found dead in his Alberta home.

Illegal Curve offers our condolences to the family and friends of Rick Rypien.

Rypien played parts of five seasons with the AHL’s Manitoba Moose and recently signed a one year contract with The Winnipeg Jets. Rypien had gone through personal struggles over the last two years and was excited to sign in Winnipeg.  Rypien was a hard-nosed hockey player who was a fan-favourite during his time in Winnipeg. He will be missed dearly. Rypien was only 27 years old.