I noted in a previous Prospect Pulse that due to a dearth of high-end prospects coming over from the Thrashers’ system, the Jets would have to be proactive in signing college free-agents as well as undrafted players out of major junior. The Moose brain trust had great success with this system, and it would appear that the Jets are well on their way to replicating that success.

The Jets recently signed centre Michael Kirkpatrick out of Saint John* in the QMJHL to a two-way deal. While this might look like a move designed to generate interest in the Ice Caps, the Jets may have landed a legitimate prospect in Kirkpatrick. The undrafted native of North Sydney, NS played four years at Saint John, with excellent point totals during his last three seasons to go with excellent production during the playoffs. 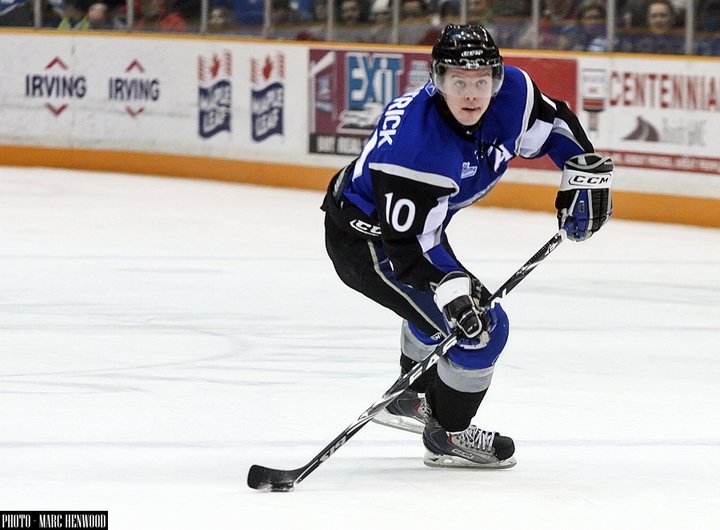 Before we get ahead of ourselves, I should note that an elite player should be kicking out the jams at the junior level during his 19 and 20 year old seasons so it is important to note that Kirkpatrick isn’t exactly setting the world on fire. However, in a prospect pool somewhat devoid of high-end offensive talent, he certainly fills a niche.

More on Kirkpatrick after the jump.

Generously listed at 5’10, 175, Kirkpatrick was most likely passed over during his two draft years due to size concerns. Though the size issue has waned in recent years, Kirkpatrick’s production likely wasn’t enough to overcome those concerns and the fact that he may not have been seen enough for scouts to get a good read on him. He also played on a loaded team (Huberdeau, Jurco, Galiev et al), so there are no inflated totals due to high amounts of ice time (hello, Rob Schremp).

Though blessed with excellent offensive instincts, Kirkpatrick plays a well rounded game. A 2011 nominee for the Guy Carbonneau Award (best defensive forward), he plays the game with a high energy level and does not shy away from contact. Said to be adept at creating offense, Kirkpatrick was able to generate 3.77 shots per game for himself, which is in the neighourhood of the stats posted by 8th overall pick Sean Couturier. Though this metric may be slightly suspect, Kirkpatrick also led the QMJHL in what are noted as “dangerous shots”.

I would imagine he will be given plenty of time to hone his game at the American League level and work on strength and the speed of the pro game. Though he is by no means a lock to make the NHL, any time spent with the Jets would be considered a coup for that team’s procurement department.

*many thanks to Andre, a former Winnipegger who now lives in Saint John, NB who pointed out an error we were making in our Atlantic Canada vernacular.