Laine is currently training with SC Bern in Switzerland

I have been out of town the past few days but it appears that the city has hit a fever pitch regarding the RFA situation with Kyle Connor and Patrik Laine.  However, the focus has turned primarily on Laine now after he spoke to Finnish reporter Pekka Jalonen who writes for Italehti. 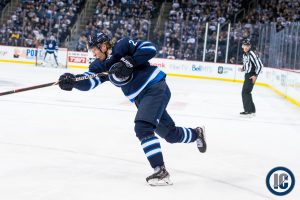 Last week, Laine left Finland to train with SC Bern in Switzerland.  When Jets coach Paul Maurice was asked about it over the weekend he indicated “…if you can get out on the ice with a pro team, they’re men there, they are going to train faster, I am really happy to hear it. Truly.”.

Yesterday Rick Ralph of TSN 1290 Winnipeg put out these points from an article Jalonen had written:

#NHLJets Laine tells @PekkaJalonen “When you’re having contract negotiations, one thing always is who are you playing with. With the merits I have, somewhere else I’d have an opportunity to play with the best players. Everybody who understands hockey knows that.” 1/2

#NHLJets Laine adds to @PekkaJalonen “There are top lines and then there is our line. But I play with the guys I’m told to play.” Pekka’s story https://t.co/9gPo5GcUHn Thanks to Pekka for translation.

Today Jalonen was on CBC Radio with Marcy Markusa to discuss his article.  I pulled a couple of the relevant questions out here:

Is it your sense that he can still play his best hockey in Winnipeg?

“For sure.  He has been working like a horse during the summer.  His back is now OK.  He had some back problems during the last season and it got worse and worse all the time.  He is very confident he can play really good hockey.”

“I think he is.  He loves the city.  He knows he can be a really, really good player there.  He knows he can score 50 goals when he has the right guy with him as a centre.  He is just so hard on himself that he wants to have that opportunity to play with a good player so he can score that 50 goals or more.  He loves to play hockey.  But of course he is also prepared to play somewhere else if the negotiations don’t go his way.”

You can listen to her full interview here.

Now Jalonen has been advocating for the Jets to give Laine a new centre for quite some time so it is hard to know if Laine is being that overt or if this is simply a function of Jalonen’s advocacy.

Either way folks would like this and the Kyle Connor situation resolved as soon as possible so they can resume fighting about normal things like line combinations and D pairings.

Jets captain Blake Wheeler addressed the comments today after skate at the IcePlex and clearly had his winger’s back:

His teammate Adam Lowry was also asked about it:

Following the captain the Jets bench boss Paul Maurice was asked for his comments regarding this situation: