News from around the NHL and all the latest Winnipeg Jets headlines.

Winnipeg Free Press: Hockey world mourns passing of player-agent & Winnipegger Don Baizley—Expect to hear a lot more about Don Baizley as the hockey world gathers in New Jersey this weekend. The tributes pouring in for Baizley, from across the hockey landscape, truly encompass how much of a gentleman he was, and how well respected he was in hockey circles.

Winnipeg Free Press:  Deep on D-men.  Today Ed takes a look at the Jets defencemen, which is considered the strength of the organization. 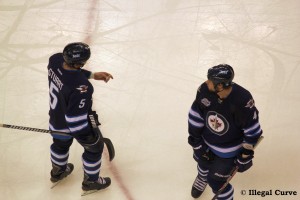 Winnipeg Free Press: Heading to Sunday’s draft with 10 picks.  It is going to be a long day on Sunday but a good one for Jets fans as their team has 10 picks throughout the day.  Stick to @illegalcurve as Richard, Ezra and I will be live at the Prudential Center bringing you all the latest news from the draft floor.

CBC:  Claude Noel: One-year contract extension.  In this audio, coach Noel reflects on the past season and what lies ahead.

National Post:  Two weeks to fix a franchise.  Taking a look at the moves that could be coming to Winnipeg.