The Illegal Curve Hockey Show airs Saturdays from noon to 3pm on TSN Radio 1290. It is also available to be streamed at TSN.ca/Winnipeg.

With the NHL Entry Draft one week away, tomorrow’s edition of the Illegal Curve Hockey Show will be an NHL Draft Preview Show. Drew, Richard and Ezra will provide their insight, analysis and opinion on the NHL Draft. 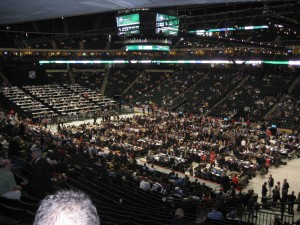 Several guests are booked for the show and each will provide their unique input:

-Patrick Burke, son of Brian Burke, Philadelphia Flyers Scout and part of the You Can Play Project

Other topics on the show will include the week in Winnipeg Jets news, NHL News and a recap of the Stanley Cup Final.

Can’t listen live? The show will be available to download here at IllegalCurve.com, or subscribe on iTunes to have the podcast automatically downloaded as it comes available. For a list of previous shows, visit IllegalCurve.com/Radio

Now it’s time for the news!

Jim Slater: “Just wanna say thanks to everyone for the support. I’m looking forward to 3 great more years in Winnipeg.” from his twitter account @SlaterJim. The response from Winnipeggers about the Jim Slater signing has been overwhelmingly positive. Slater uses his twitter account to send back the love to the Winnipeg fans. He also inquired about Rob Lowe tweeting yesterday “#TrappedInAHellHole”. Good to see that even when he is surfing in San Diego, Slater is curious about the goings on of Winnipeg.

Sportsnet.ca: Brophy on NHL: Important Questions to Ask. Brophy attempts to answer all of the pressing questions around the league, including; Will Roberto Luongo, the number one overall pick Jarome Iginla or Jordan Staal be traded. Brophy also answers this question about Winnipeg:

“Will the love affair between the Winnipeg Jets and their fans continue?”

After going for so many years without NHL hockey, it is hard to imagine Jets fans turning on their beloved team. However, Winnipeg fans can be as demanding as any in the world and they expect to be treated to a winner. The Jets had a decent season upon their return to the Great White North, but finishing 11th in the East is not good enough. The simple fact is this franchise, which had been based in Atlanta, has made the playoffs just once in its 12 seasons of existence. I can see the fans in Winnipeg getting a little restless if the club doesn’t qualify for the post-season next year.”

I think it is too early to tell what will happen but I don’t think there will be any dip in excitement for next season. By all accounts this is a promising team and fans here are looking forward to the draft and free agency to see how this team will look for the 2012-13 season.

USA Today: Lightning acquire goalie Lindback from Predators. GM Steve Yzerman makes a shrewd move trading two second round picks this year and a third round pick next year for goaltender Anders Lindback. Jets fans may remember the 6’7″ goaltender from the preseason when he stopped 35 of 37 shots plus three more stops in the shootout to lead the Preds to a 3-2 win in Winnipeg. The Swedish goaltender goes into the offseason as an RFA and is due to the raise. After giving Pekka Rinne his massive contract, Lindback became expendable. If (when) Yzerman can reach a deal with his new netminder, this looks like a fair deal for both sides. On last weeks Illegal Curve Hockey Show with Gabe Desjardins, one of the discussions revolved on not giving goaltenders premium contracts, it appears that Yzerman is subscribing to the same theory.

Detroit Free Press: Social Media: Red Wings fans pay tribute to Niklas Lidstrom with sidewalk chalk. Looks like a bunch of Red Wings fans went on twitter and made a joint effort to draw a tribute to Nik Lidstrom in sidewalk chalk and tweet about it. There are some pretty sweet drawings done in chalk. This makes me want to see some Jets drawings done now, if only I could draw, I can barely draw stick figures.

Sportsnet.ca: Flyers: Van Riemsdyk doesn’t need surgery. He will be treated with alternative therapies. Van Riemsdyk has been rumored to be traded in the past, this could make him more attractive to teams looking to acquire him…or it means he will have surgery later rather than sooner.

Vancouver Province: Canucks bring Volpatti back for a year. The former Manitoba Moose signs a one year deal with the pro club.