A new contract for Kramer. 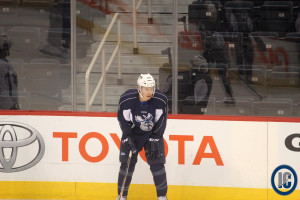 I really hope his nickname is Cosmo.  Regardless the Moose have signed the Alberta native to an AHL contract.

The Manitoba Moose hockey club announced today that they have signed forward Darren Kramer to an AHL contract.

Kramer, 24, has played thirteen games in his first season with the Moose and has registered one assist and 31 penalty minutes. The native of Peace River, AB has played 149 career AHL games over four seasons registering eight goals and 15 assists for 23 points along with 576 penalty minutes.

He was originally signed by the Moose to a professional tryout agreement at the start of the season on Oct. 9.

The Moose will play two road games against the Milwaukee Admirals on Saturday, Dec. 19 and versus the Chicago Wolves on Monday, Dec. 21 before their holiday break.