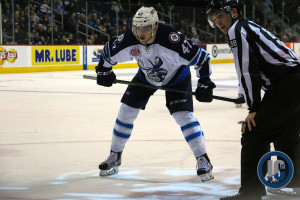 In case you missed it yesterday at practice Mark Scheifele and Andrew Ladd collided which necessitated stitches for Mark Scheifele.  Jets bench boss Paul Maurice said following Saturday’s practice that Scheifele would be evaluated today.  We will have his update following skate this morning at the MTS Centre.

Lowry, 22, has played 31 games with the Jets this season registering eight points (1G, 7A) along with 22 penalty minutes. Lowry was assigned to the Moose on Dec. 16 and recorded four points (4A) in four games with Manitoba. Last season, Lowry played 80 games with the Jets totaling 23 points (11G, 12A). He was drafted by Winnipeg in the third round, 67th overall at the 2011 NHL Draft.