Moose are back in Winnipeg as they get set for game three.

The Moose got back to Winnipeg after two dominant games by them in Milwaukee but despite controlling the play saw them return to Manitoba down 0-2 in their best of five series with the Admirals. 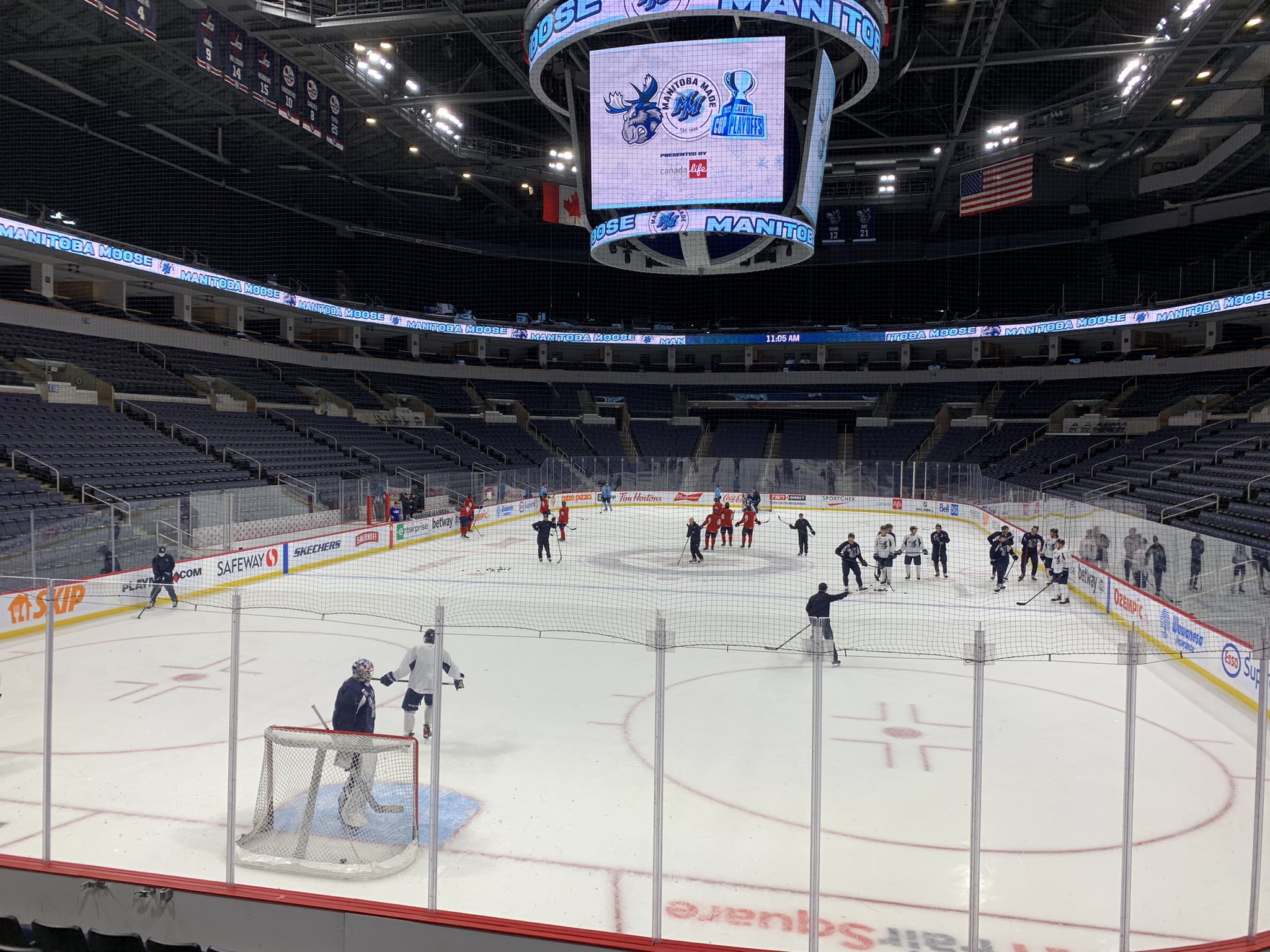 As per Jacob Stoller a couple of players missing this morning including Kristian Vesalainen and Declan Chisholm.  He also provided the lines and D pairs below.

As per Mark Morrison some updates including Declan Chisholm isn’t skating due to maintenance. He also said that Kristian Vesalainen has a leg injury and when asked if he would play in game 3 on Wednesday indicated “I don’t think he’s an option for Wednesday.” He added that Kristian Reichel is out with a “six week injury”. He was knocked out of the game back on April 26th courtesy of this hit.

Following practice the team announced that they had recalled Hayden Shaw from the ECHL.

The Moose have another day of practice tomorrow scheduled for Tuesday.