Manitoba Moose got loose at the Assiniboine Park Zoo

For the fourth year in a row the Moose players met fans at the zoo today. 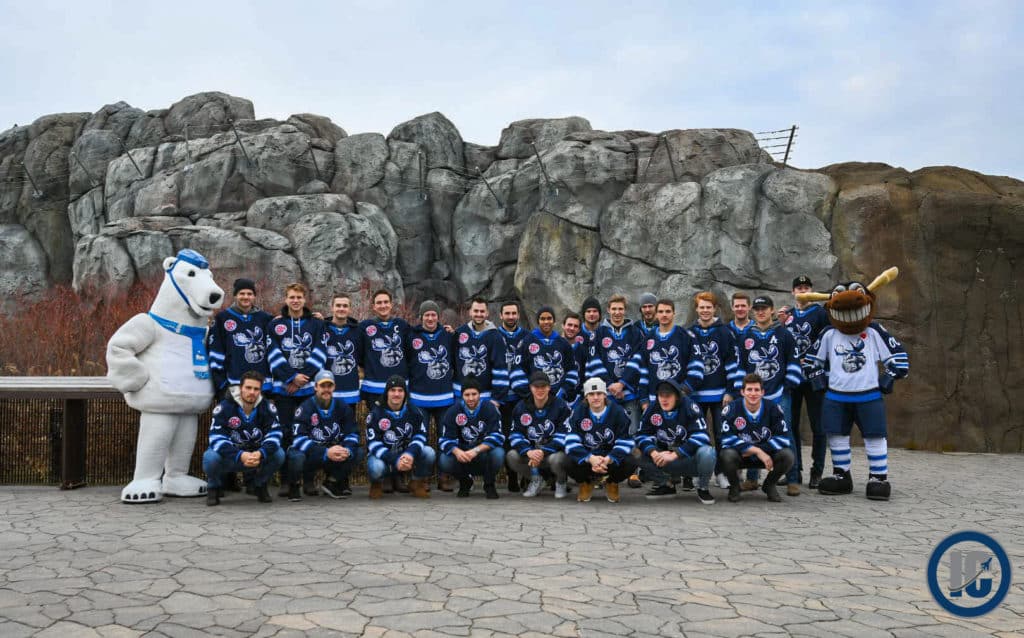 For the fourth year in a row the Moose were out among the paying customers at the Assiniboine Park Zoo as the players met, signed autographs and took pictures with the many fans who came out to meet members of the AHL squad. 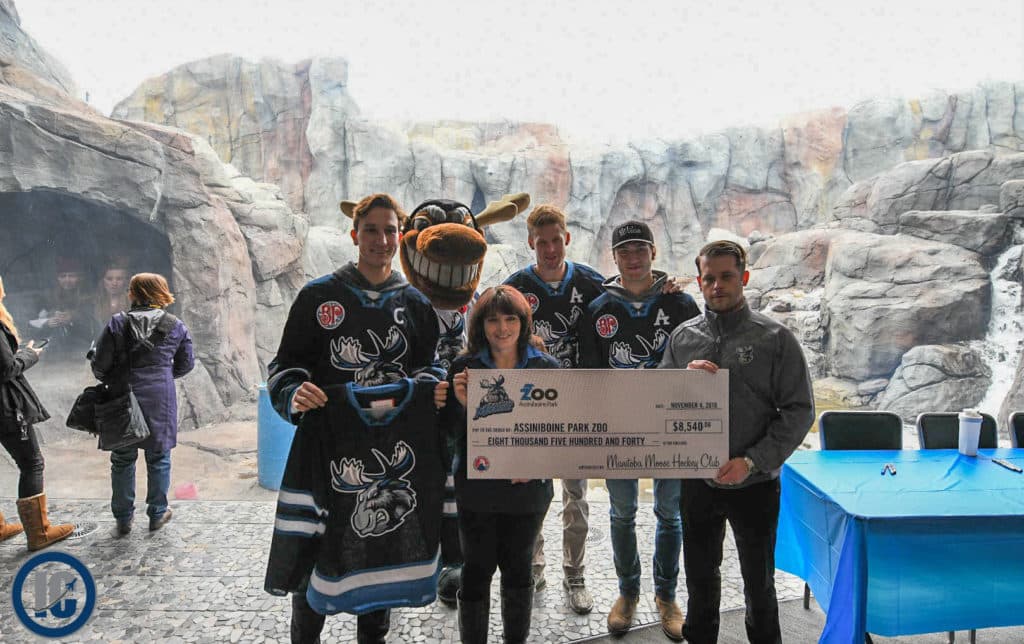 The Moose presented the Assiniboine Park Zoo with a team signed Manitoba Moose jersey as well as a cheque for $8,540.06 which was raised from the proceeds of the sale of the Polar Bear uniforms the team last wore last season.  A slight departure this year from years previous is that the team didn’t unveil the new Polar Bear jersey that they will wear for their game on Sunday, February 10th, 2019 against the Texas Stars as it is still in production.

Following the cheque presentation we did hear from team captain (and Winnipegger) Peter Stoykewych as well as Brad Andrews, Senior Director of Hockey & Business Operations.

Once the formal part of the event was over the fans had a chance to interact with the players, get their pictures taken as well as have autographs signed. 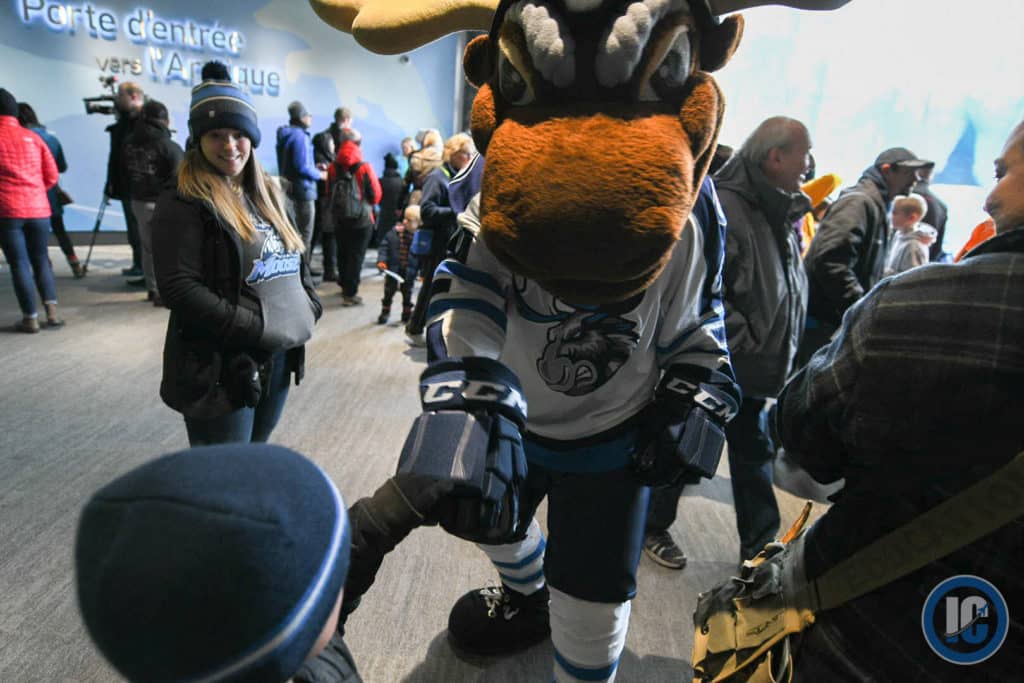 Mick E. Moose with a fist bump for a young fan. 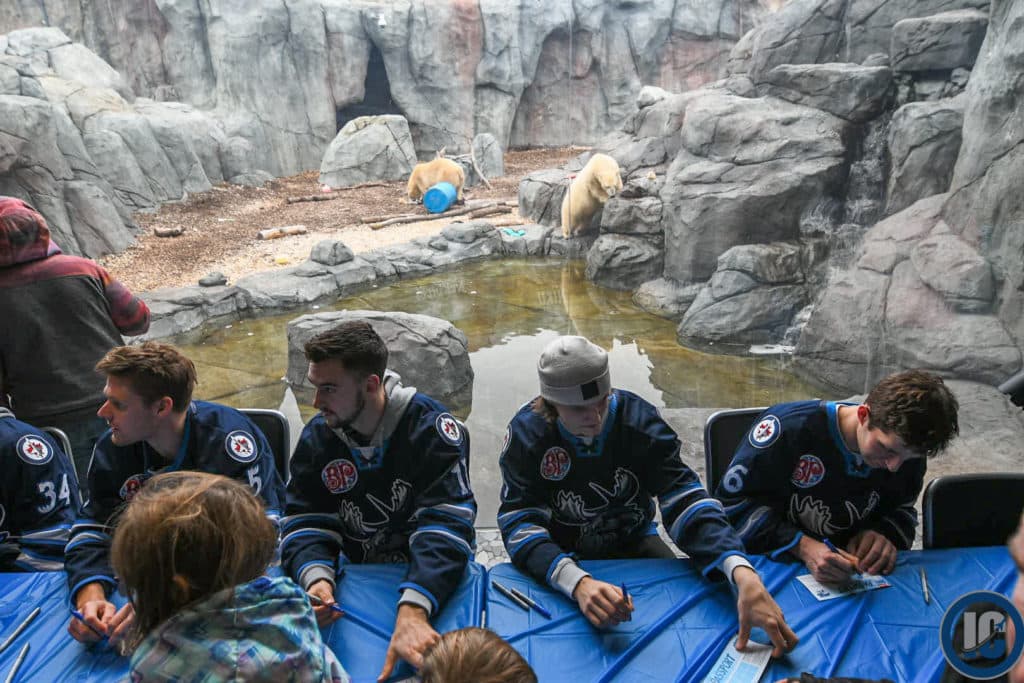 Players signing autographs with polar bears in the background. 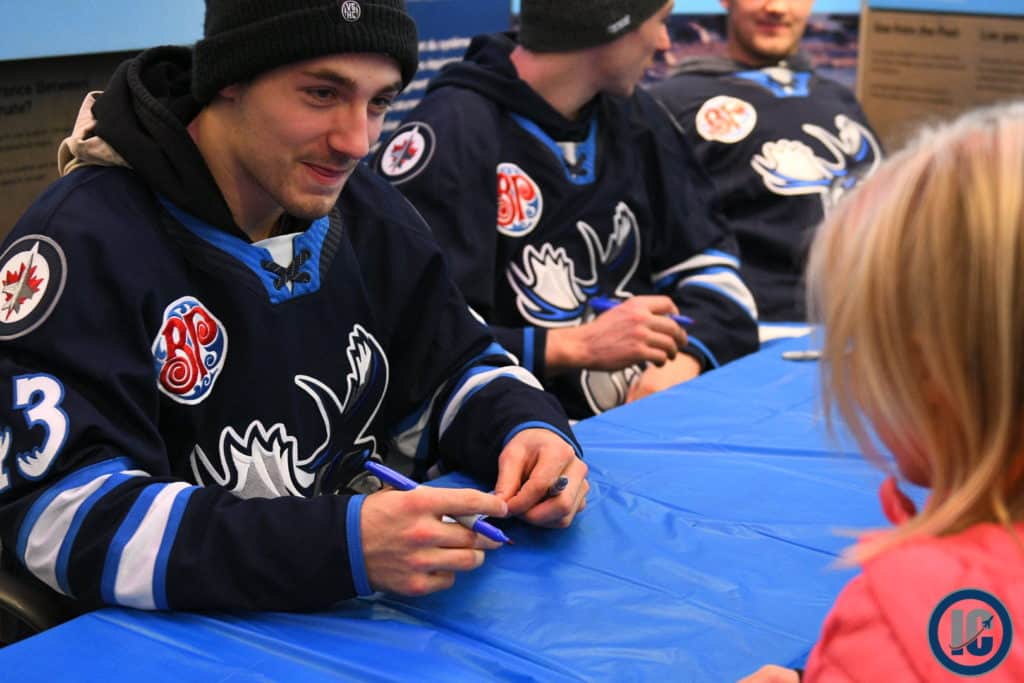 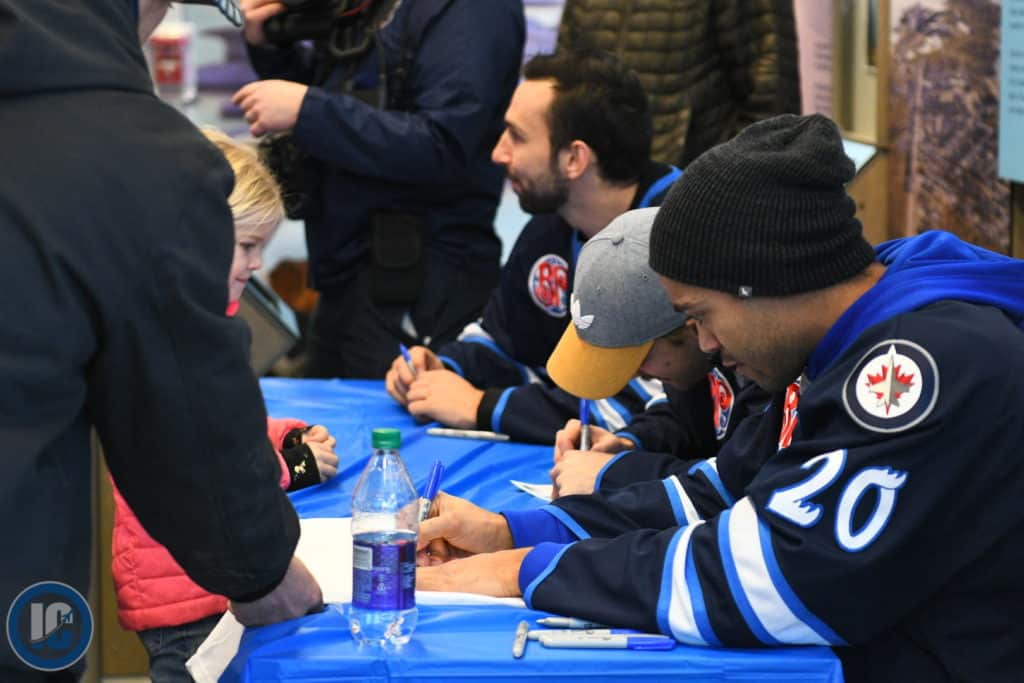 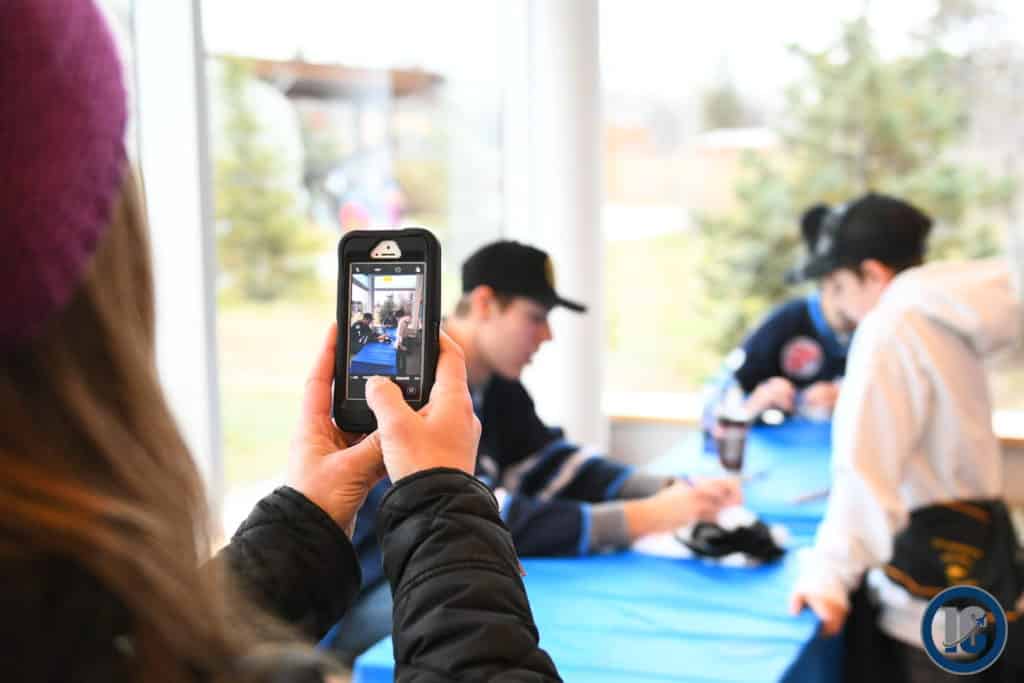 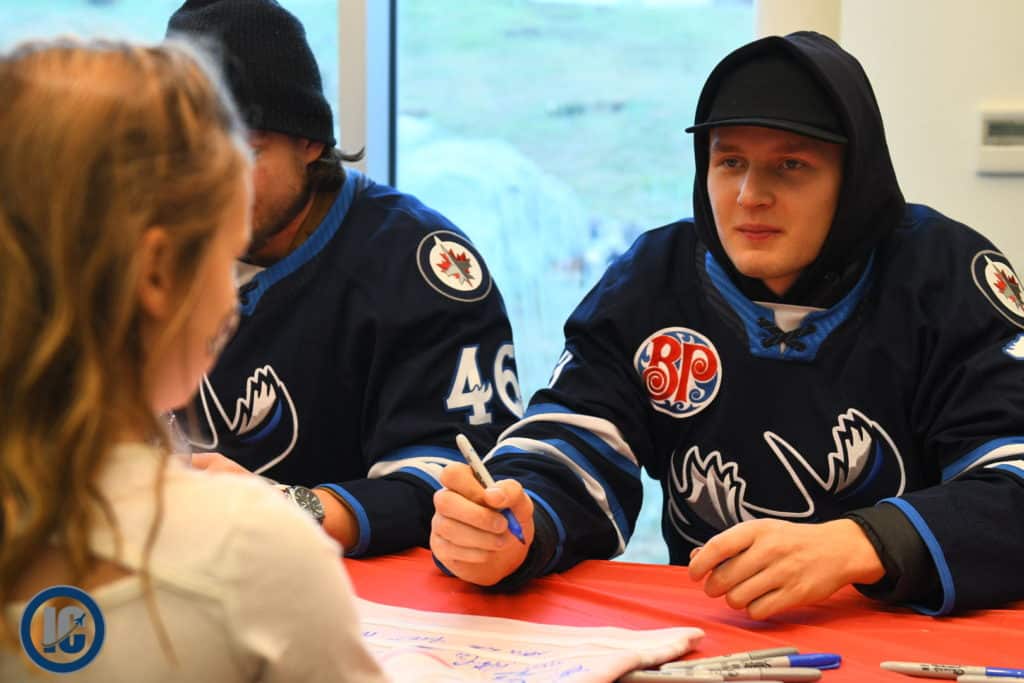 Kristian Vesalainen about to make this fan very happy. 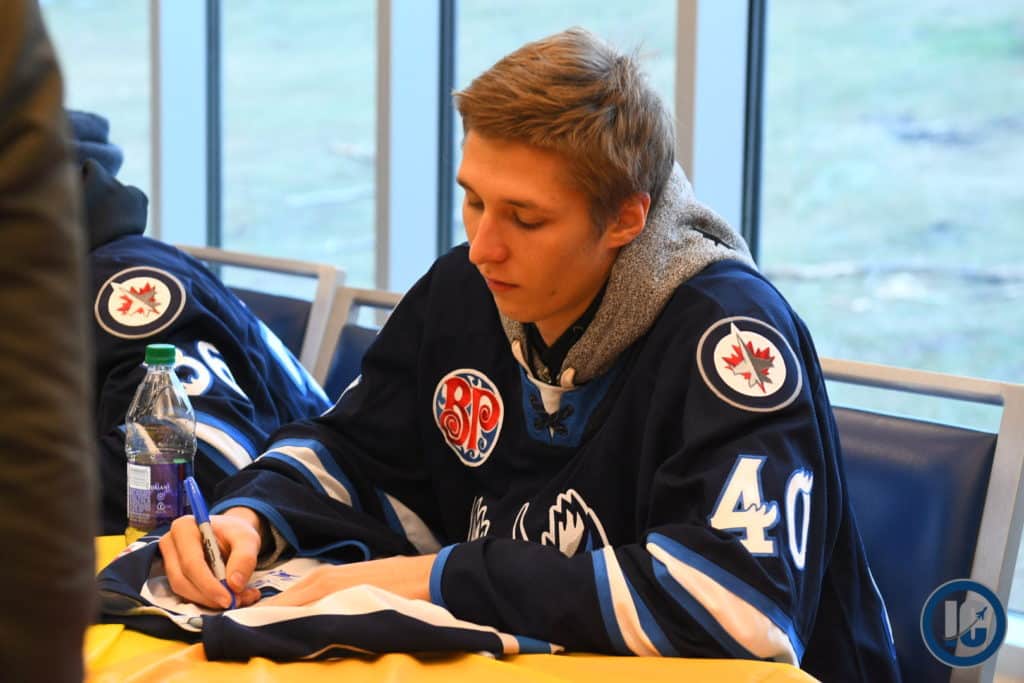 Something tells us that Mikhail Berdin is still thinking he should have shot for the empty net. 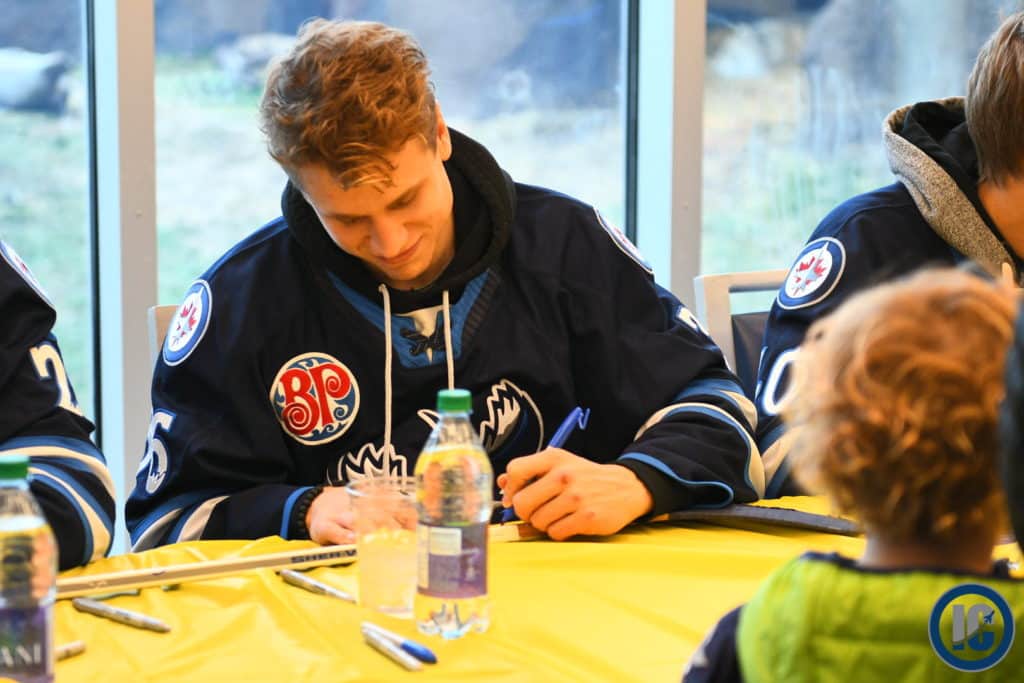 Nelson Nogier signing a stick for a fan. 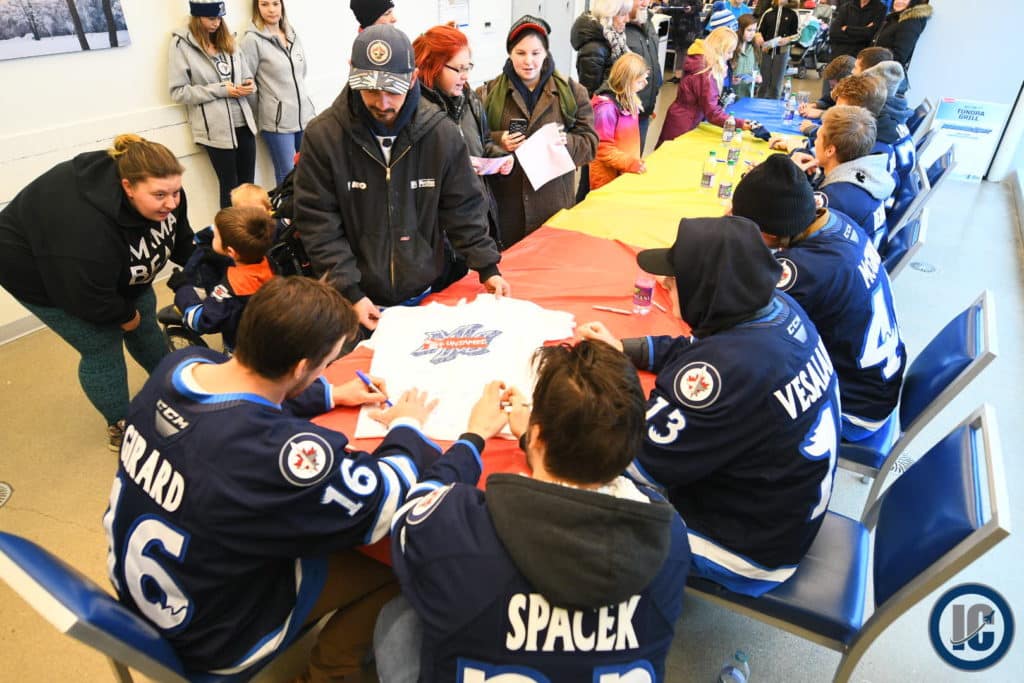 Lots of fans waited their turn to meet the Moose. 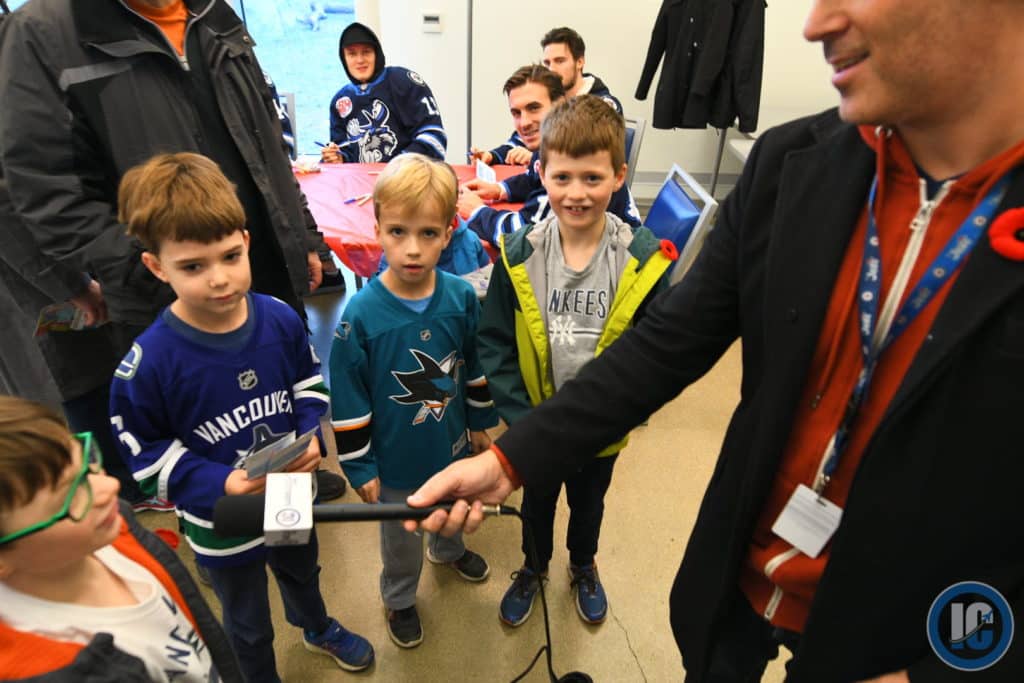 These four young fans wanted to be interviewed which clearly the Moose players watching got a kick out of.

Plenty of young fans (and even some older ones) had a great time getting to meet some of the players that they normally watch from high above.