Manitoba Moose got loose at the Assiniboine Park Zoo

For the second year in a row the Moose players met fans at the zoo today. 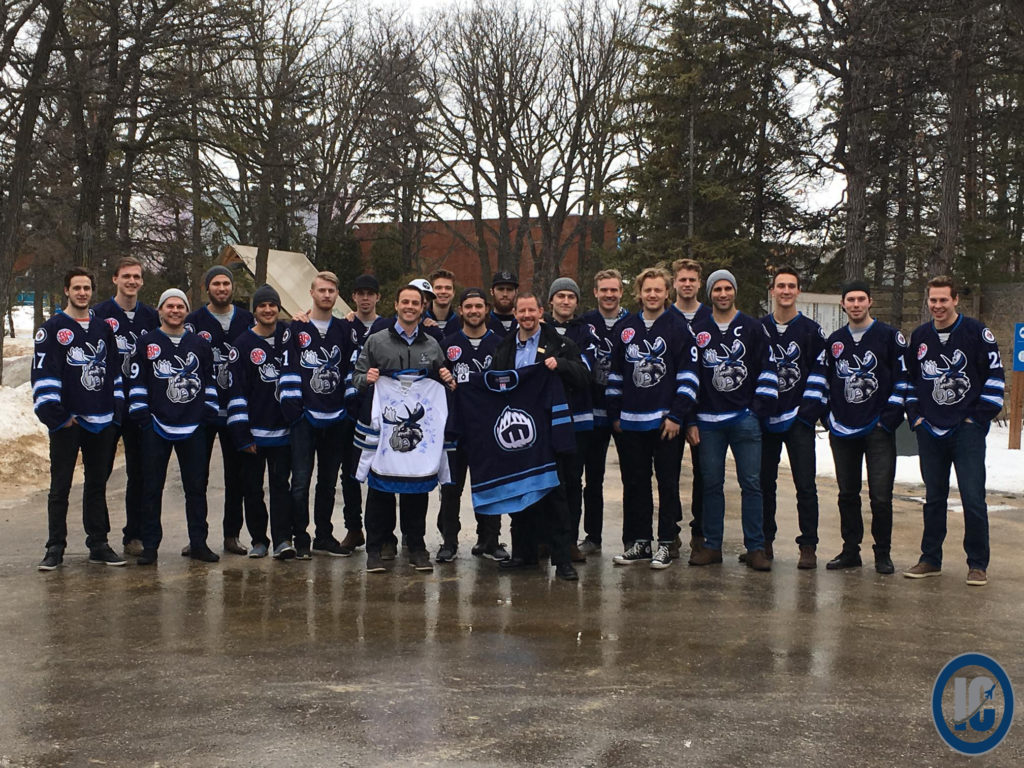 For the second year in a row the Moose were out among the paying customers as the Manitoba players met, signed autographs and took pictures with the many fans who came out to meet members of the AHL squad.

Amazingly the temperatures were even warmer than last year with rain in the forecast but that didn’t seem to dampen the enthusiasm of the kids who were very excited to meet members of the Manitoba Moose hockey club.

Before the festivities began Vice President of operations for the Moose Dan Hursh presented the Assiniboine Park Zoo with a Polar Bear uniform as well as a signed Manitoba Moose jersey.  Dan spoke about the relationship between the Moose organization and the Assiniboine Park Zoo.  The proceeds from the Polar Bear jersey auction went towards the Polar Bear conservation efforts of the Zoo.  Even a couple of the resident polar bears came to check things out. 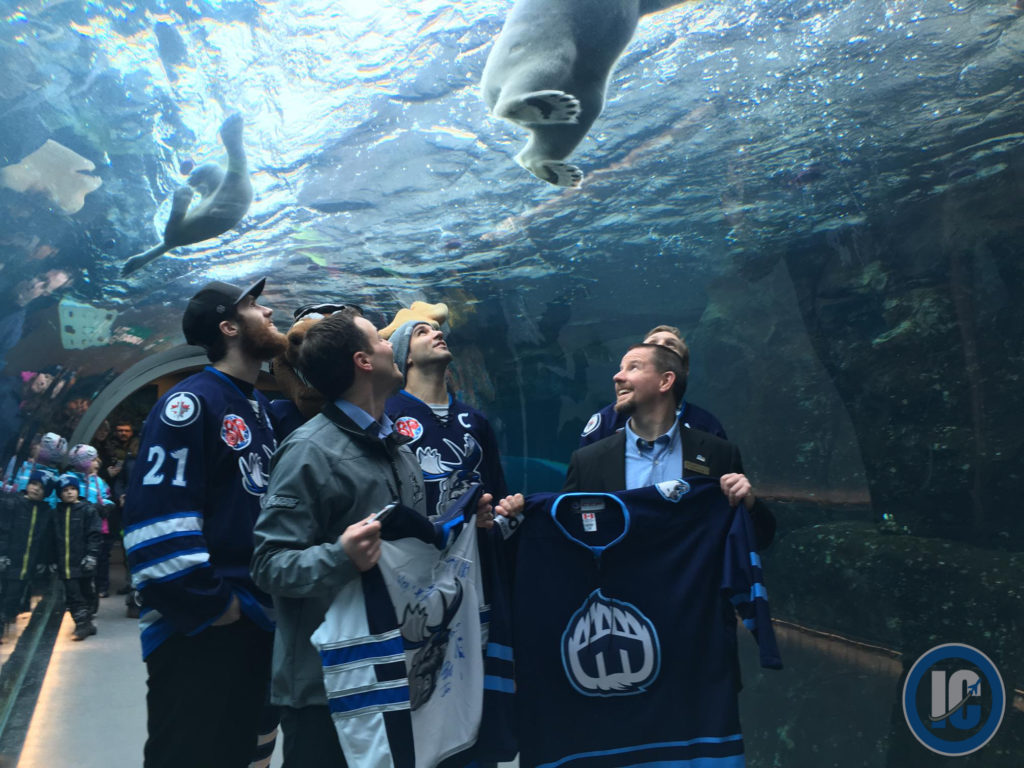 Then the players spread out around the Journey to Churchill enclosure.  Here Dan DeSalvo and Darren Kramer test some young fans zoo knowledge. 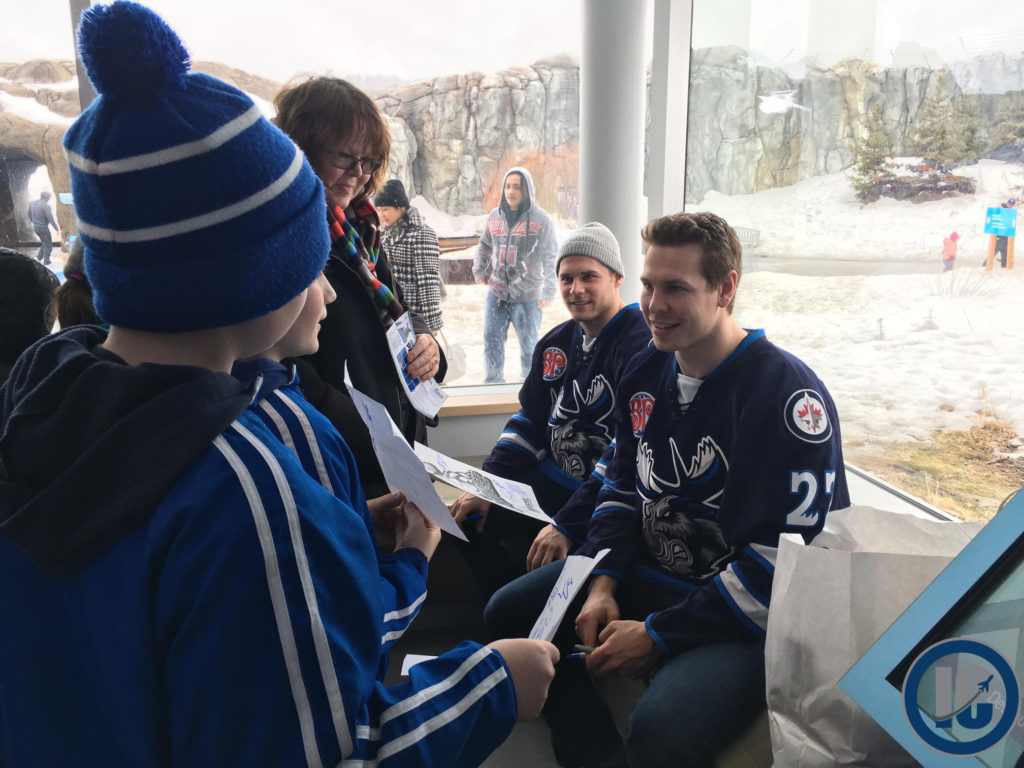 Plenty of autographs were signed as Nelson Nogier adds his signature to this young fan’s Moose pennant. 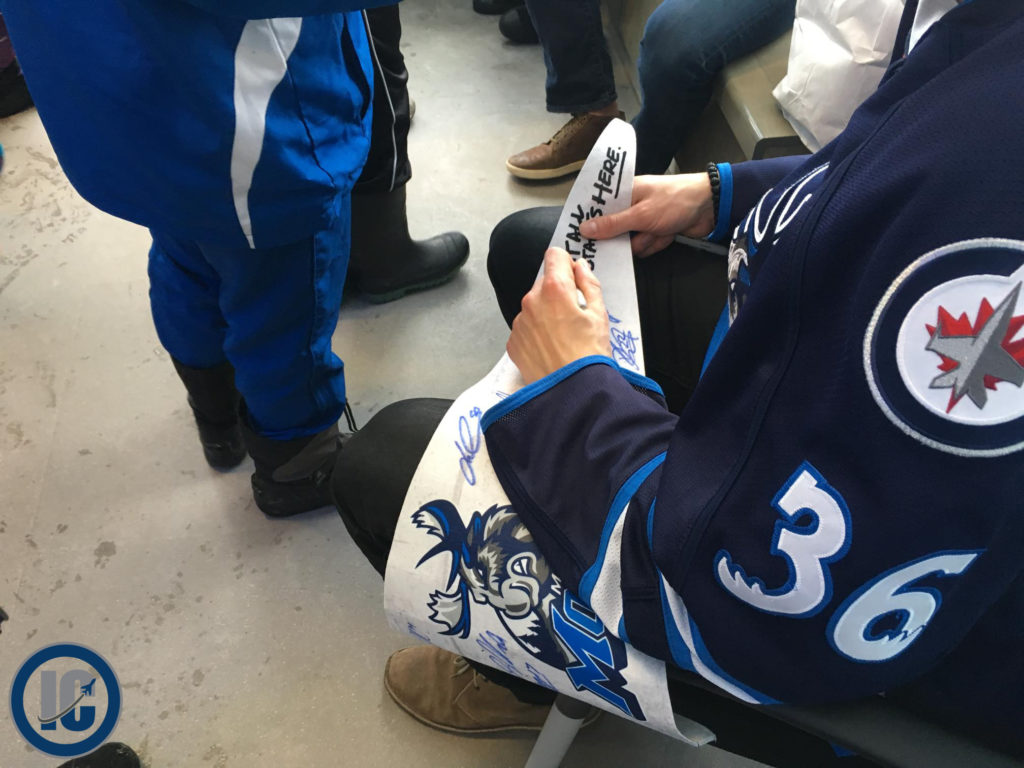 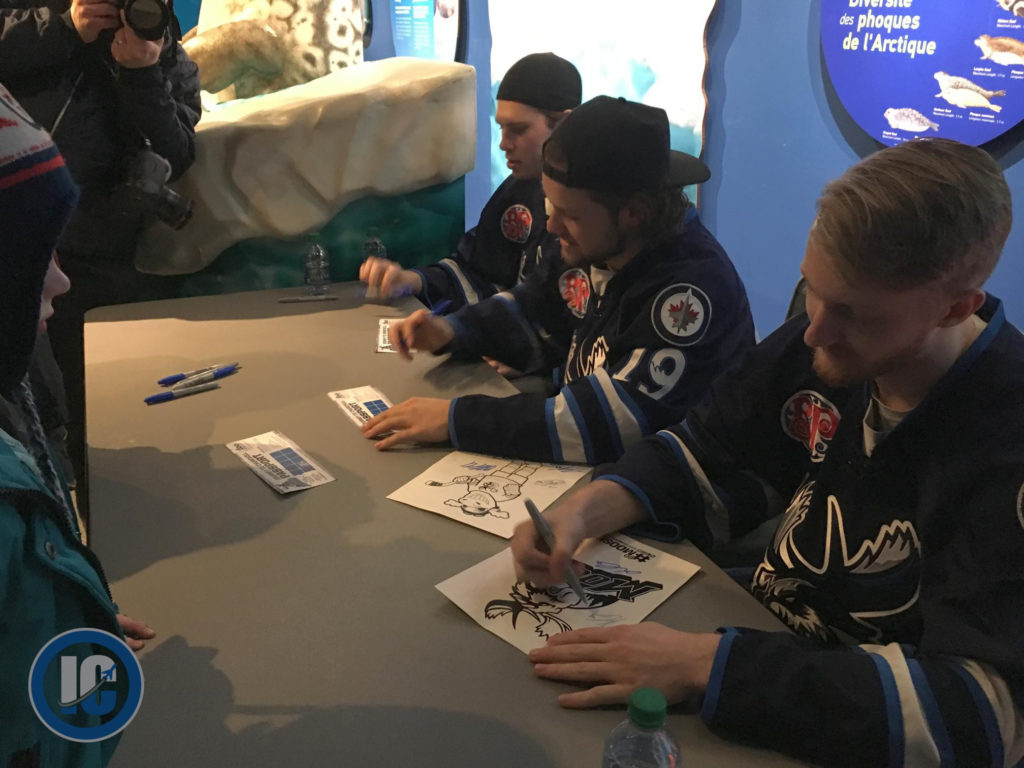 There was even a reading station although at this point it was more of a chat between local product Quinton Howden and this Moose fan, while Kevin Czuczman was busy signing an autograph. 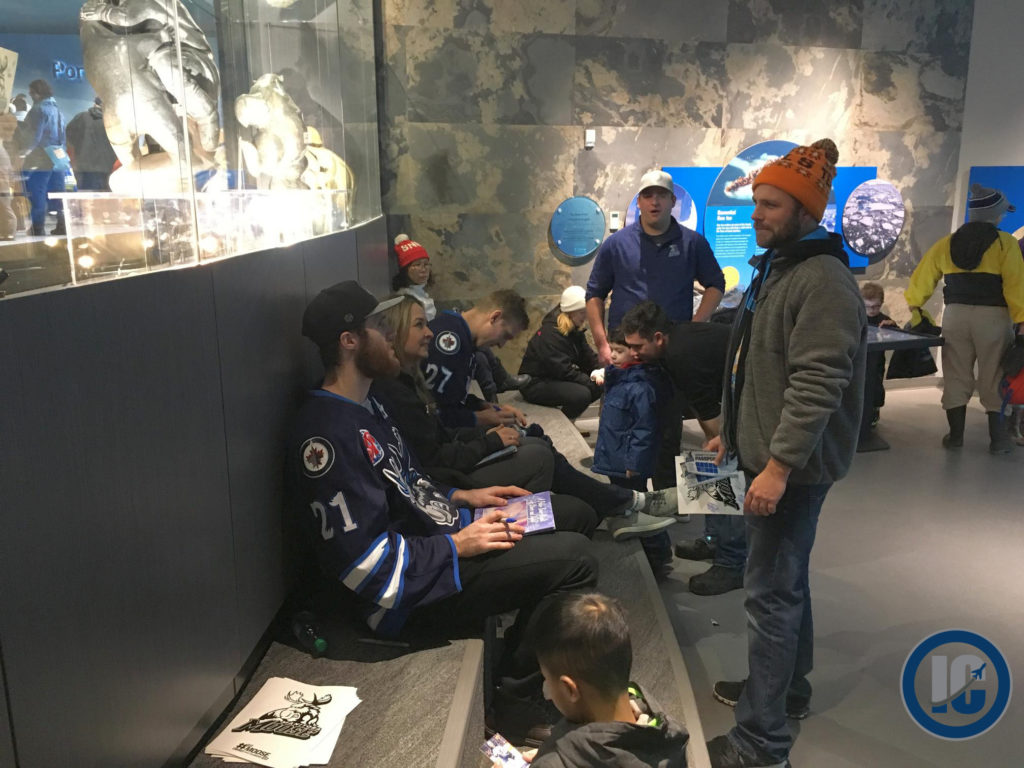 Even the players did some exploring as leading scorer Jack Roslovic learns about the furs from the animals that are native to Manitoba. 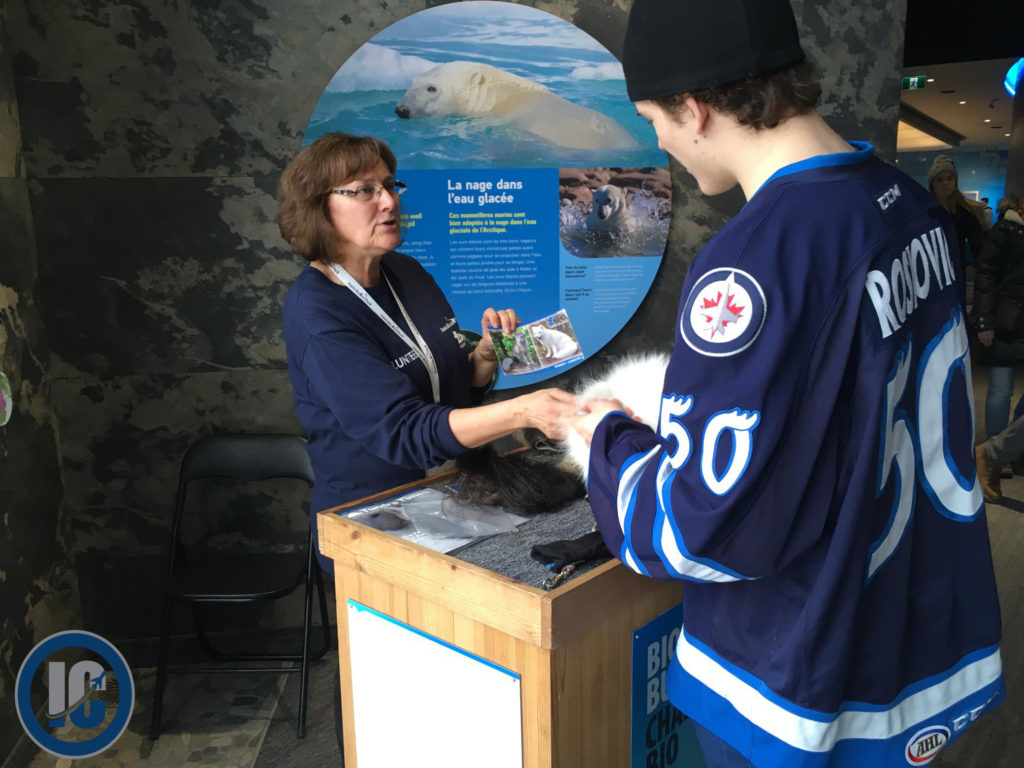 For the second year in a row there were plenty of young fans (and even some older ones) who had a great time getting to meet some of the players that they normally watch from high above.