A goalie coach retirement and addition.

Some AHL news this morning as the Moose reported that Rick St. Croix has retired and they’ve hired former Moose goalie (for two seasons) Drew MacIntyre as his replacement.  Part of the Release reads as follows:

St. Croix has a long history in hockey going back to being drafted by Flyers in 1975 (he was also drafted by Houston of the WHA that same year) and playing in 130 NHL games with Philly & Toronto. After his playing career ended he worked as a Jets 1.0 assistant coach, Moose 1.0 assistant coach as well as the IceCaps, Leafs & Moose goalie coach.  A long career and a well deserved retirement for the first-class St. Croix who helped to develop Jets Connor Hellebuyck, Eric Comrie and prospect Mikhail Berdin and had a positive impact on many, many others. 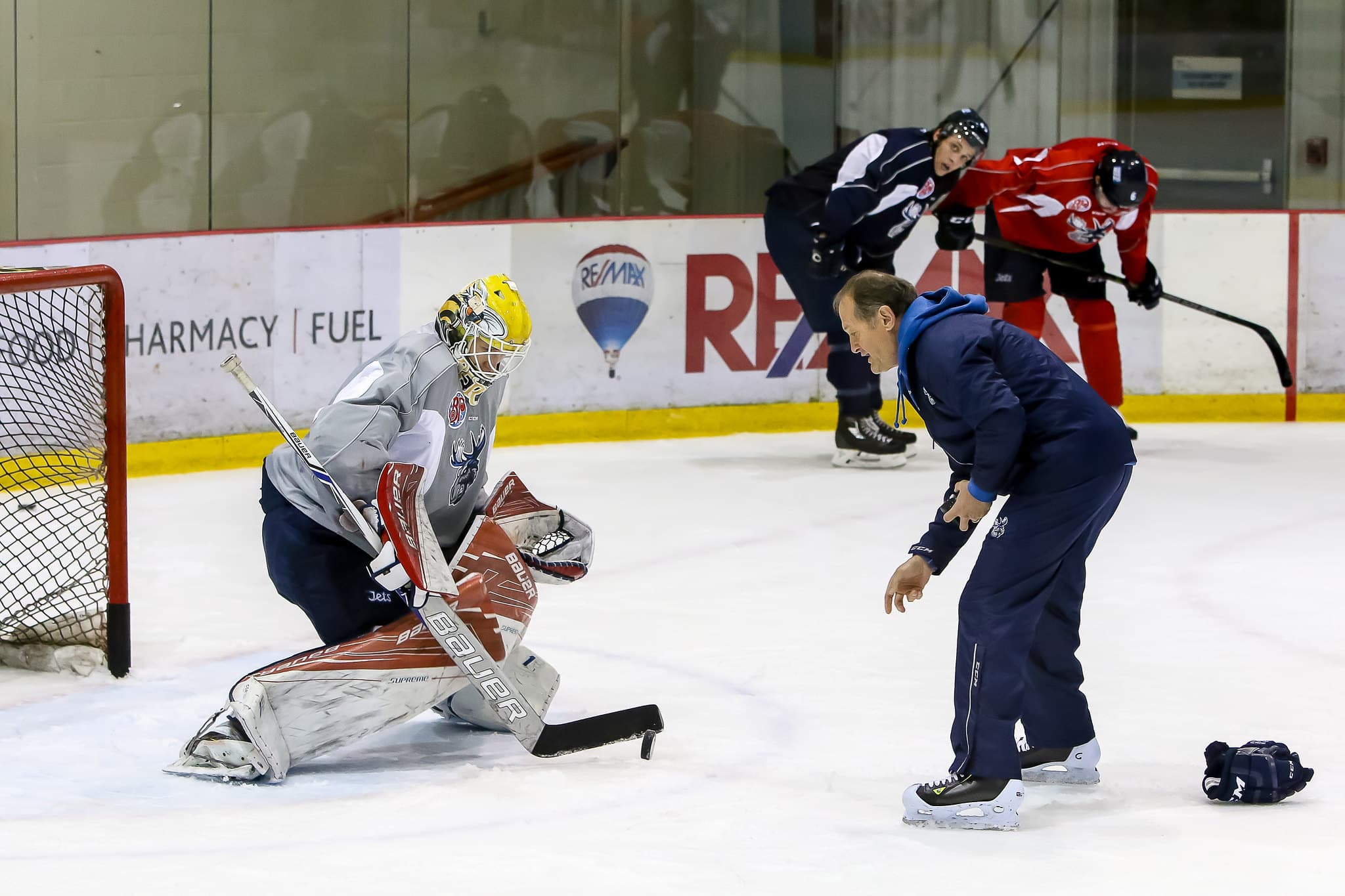 MacIntyre was a Red Wings draft pick back in 2001 who would spend 15 seasons in various leagues from the ECHL to six games in the NHL (Vancouver, Buffalo and Toronto) and then conclude his playing career overseas last season in Japan. Two of those pro seasons (2006-07 and 2007-08) were spent in Winnipeg with the Moose.