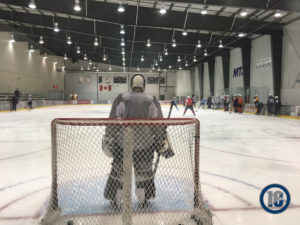 The Manitoba Moose hit the ice at the MTS IcePlex this morning as they get ready for a re-match with the Bakersfield Condors tonight.  A look at the lines and D pairs used this morning by coach Vincent:

Andrew Copp:  The Moose rolling four lines.  On working his way back to the big club.

Julian Melchiori:  What has he liked so far about the team?  Are there higher expectations for this team?  Ebbs and flows with a young team.  On his work with Adam Oates over the summer.  Are defenceman  starting to use skill coaches like Adam Oates more?  His thought on last night’s game?

Pascal Vincent:  Tough act to follow after last night’s Jets game?  Using that as a teachable moment.  What is he looking for from his team tonight?  What does he tell Pavelec before he gets the start?  On Ryan Olsen drawing into the lineup.  Injury updates (Glennie, Denham, Blomqvist).