The Czech Republic native was assigned to the Oilers of the ECHL. 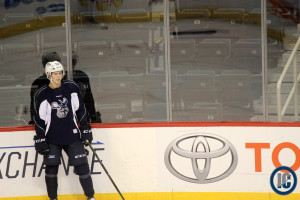 The young forward has some nice offensive skills but had to work on his defensive side of the game according to former coach Keith McCambridge.  With the Oilers he will have an opportunity to play big minutes and perhaps get himself ready for an opportunity with Manitoba.

Fronk, 22, played 33 games with the Moose in 2015-16, totaling eight points (6G, 2A). The Louny, Czech Republic native also suited up for five games with Tulsa last season, picking up two points over that span.

The Manitoba Moose roster sits at 28 players including 17 forwards, nine defencemen and two goalies. The Moose face off against the Bakersfield Condors on Thursday, Oct. 20 at the MTS Centre in a 7 p.m. puck drop.