Spacek gets a three game suspension. 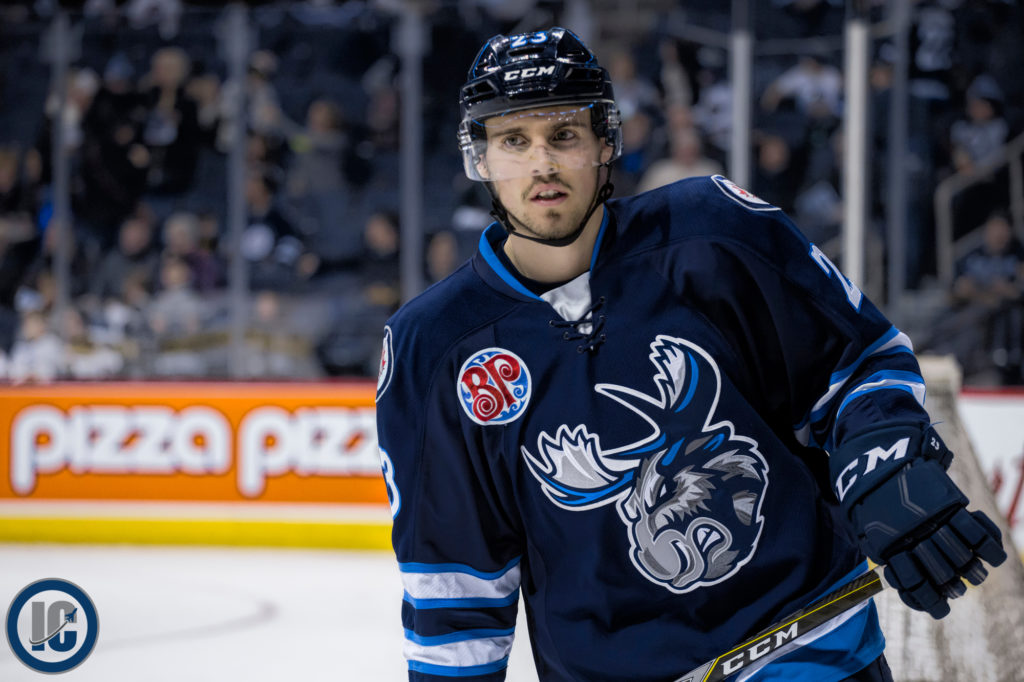 Harsh justice for Jets prospect and Manitoba Moose centre Michael Spacek who got hit with a three game suspension today by the AHL for an infraction in last night’s 6-3 Moose win in game 3.  He had been in the penalty box serving two minutes for a penalty taken by JC Lipon when the Griffins scored 14 seconds into their power play to make it a 2-1 lead for Manitoba late in the period.  A melee ensued after the goal and Spacek got involved and was given 10 minutes for “continuing altercation” and 10 minutes for “leaving penalty bench”.  Manitoba would go on to win the critical game 3 of the 5 game series 6-3 to take a 2-1 series lead.

Michael Spacek is not exactly known for taking penalties. In 70 regular season games with the Moose he had 24 minutes…total. He’s played three playoff games but in first two he had zero. Thanks to last night’s infractions he now has 20 minutes.

This leaves the Moose down quite a few forwards ahead of tonight’s game 4 in Grand Rapids with Mason Appleton back in Winnipeg after he took a violent check to the head in game 2 and Buddy Robinson serving the final game of his two-game suspension.

Voice of the Moose Mitch Peacock will have the call which you can listen to on TSN 1290 Winnipeg or on Moose Listen Live with the pre-game show starting at 5:45 pm with puck drop at 6 pm CT.