A recap of the Moose win. 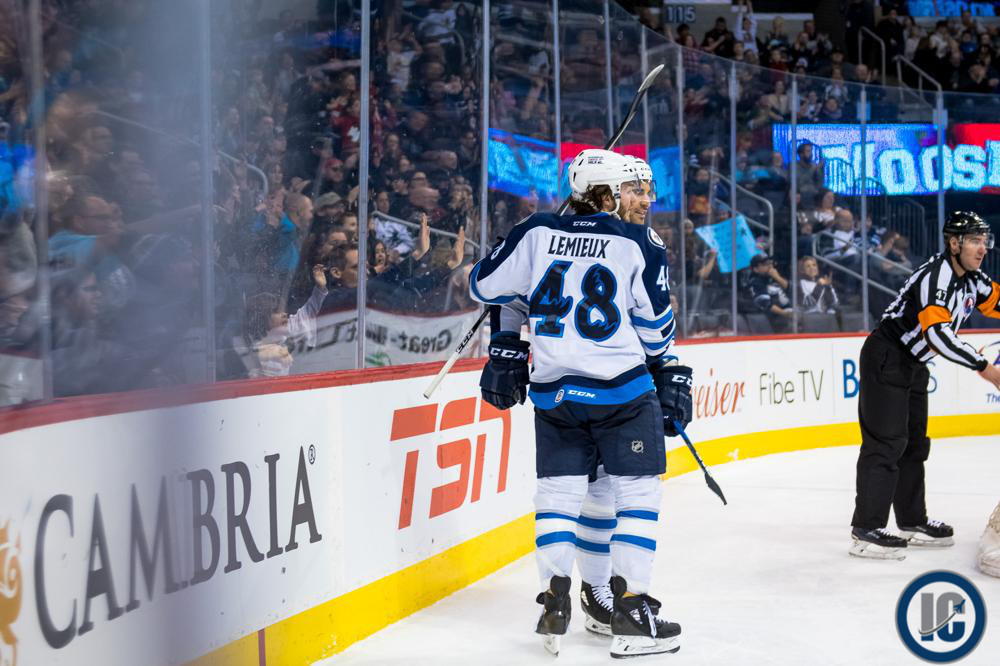 The Manitoba Moose kept their season alive courtesy of a 5-1 win in game 5 over the defending Calder Cup champion Grand Rapids Griffins to punch their ticket to the 2nd round of the playoffs as they win the series 3 games to 2.

Moose got things started when the captain Patrice Cormier scored his first of the playoffs:

Here is the opening goal of the game for Manitoba. pic.twitter.com/Q9c2p9kPdV

The Griffins tied the game up on the power play in the 1st.

It looked like the 2nd would end scoreless but veteran defenceman Cam Scholling snuck in and deposited a Brendan Lemieux shot behind Griffins goalie Jared Coreau to make it 2-1 for Manitoba with 13 seconds left in the middle period.

Here is the go ahead goal by Schilling late in the 2nd. pic.twitter.com/cudFevaVWh

In the 3rd it was expected that the Griffins would push back but instead it was veteran Mike Sgarbossa scoring his biggest goal of the season unassisted to make it a 3-1 game. Five minutes later Brendan Lemieux got his third point of the night as he scored to put this one away at 4-1. Chase De Leo added some insurance with an empty netter to make it a 5-1 lead and that is how it would end.

Eric Comrie was excellent in net making 34 of 35 saves to pick up the win.

– Brendan Lemieux had a goal and 2 assists;
– Mike Sgarbossa and Cam Schilling each had a goal and an assist;
– Buddy Robinson had two assists in his first game back after serving a two-game suspension;
– Patrice Cormier scored his first of these playoffs which comes in his 50th AHL playoff game;
– Chase De Leo leads all Moose scorers with 2 goals and 5 assists for 7 points in five games.

A look ahead to next opponent:

The Moose and Icehogs split their season series, with each team winning two games in the other team’s barn.  Rockford was one of the hottest teams in the AHL for the past few months and swept the top team in the Central division (Chicago Wolves) in three games to open their 2017-18 playoffs.