First suspension of the season for Manitoba.

Moose defenceman and Jets prospect (2017 3rd rounder) defenceman Johnny Kovacevic will miss the next two games against the Marlies this week in Winnipeg as it was announced by the AHL today that he had been suspended due to a cross-checking incident in Tuesday’s game. 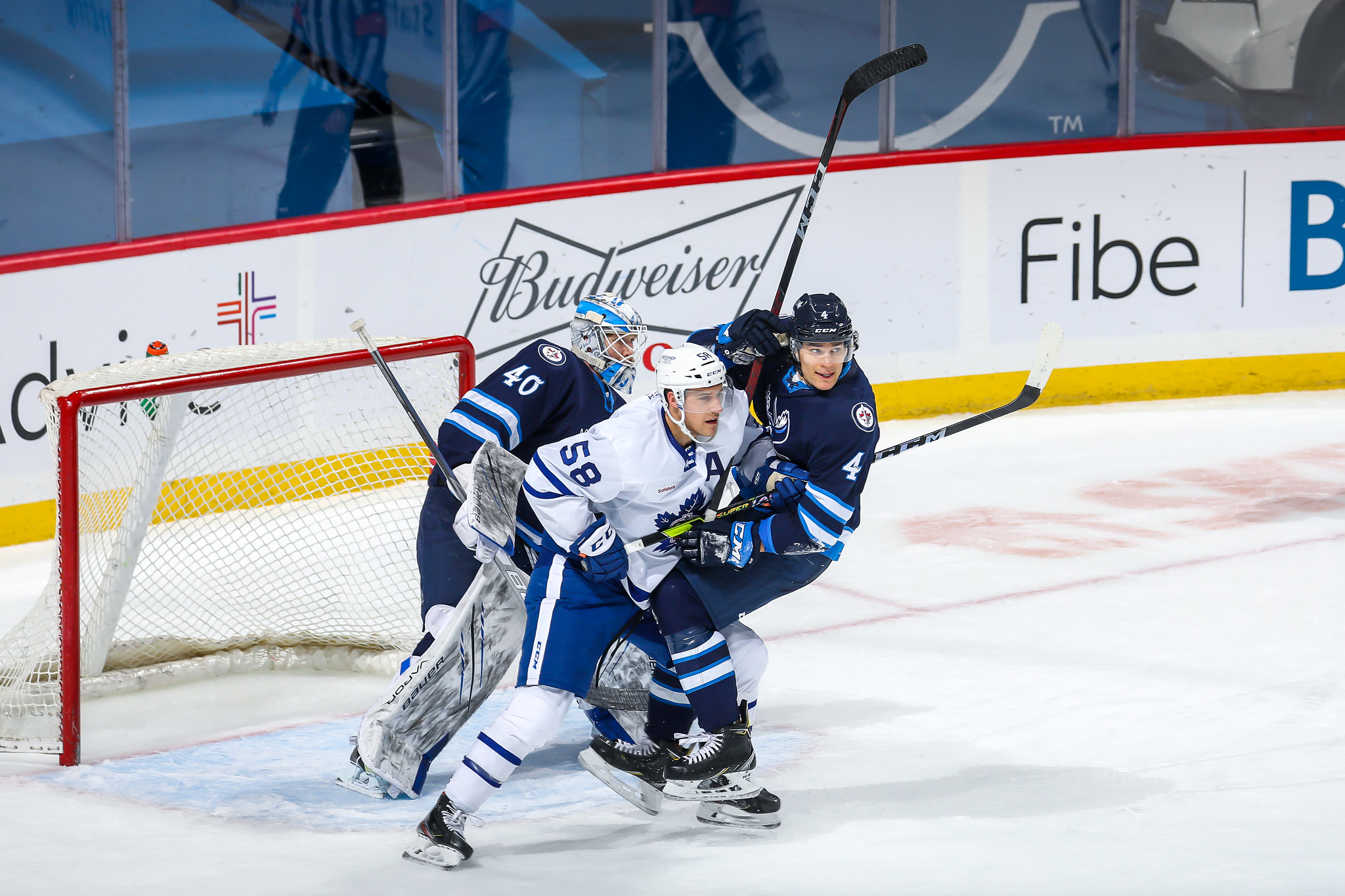 He wasn’t assessed a penalty during the game but this is likely the play he was suspended for:

#MBMoose D Jonathan Kovacevic has been suspended two games, the AHL announced this morning. The (vague) press release says the suspension is a result of a cross-check.

Pretty sure this is the play that Kovacevic was suspended for. @InsideAHLHockey pic.twitter.com/bqCMSWh7Tw

This is the first time in his pro career he has been suspended.  While he is a big boy at 6’4″ he isn’t one who receives a lot of penalties. Last season he had 33 penalty minutes in 45 games (which put him 12th in terms of penalty minutes per game on the team).

The Moose are in action tonight at 6 pm when they take on Toronto for the third time in four nights.