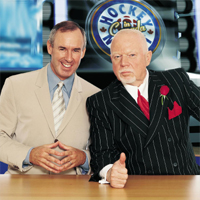 With MacLean, we discussed his pre-season picks for the Stanley Cup, which Canadian team has improved most over the summer, the Phoenix situation and his relationship with Gary Bettman.

With Carroll, we discussed the progress made in the statistical hockey community, the ideas behind Puck Prospectus and which direction he thinks stats in the game of hockey is headed.

We also spoke to IC writer David Minuk live from the press box of Joe Louis Arena and analyzed the Dany Heatley deal, along with the Theoren Fleury comeback.

To listen to past shows or read more about IC Radio, click here.

We hope you enjoy.