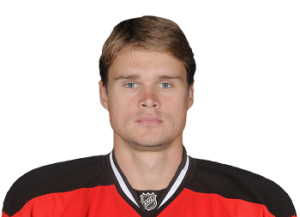 The 32-year-old is coming off of a season spent between Carolina and New Jersey. He played in all 82 games, scoring 14 goals, 19 assists for 33 points.

Ponikarovsky becomes one of the Jets bigger players at 6’4″ and 226 lbs. While he may not be quick with his feet, he has good hockey sense and could score 20 goals if put in the right situation.

This is the type of signing many predicted the Jets would make, a low-risk short-term deal. As it has been said on the Illegal Curve Hockey Show in the past, there is no such thing as a bad one-year contract. He will likely play a second or third line role.

Most notably, this reunites Ponikarovsky with Nik Antropov who played together in Toronto from 2002-2009.

Here’s his OT winner against Philadelphia this past playoffs.