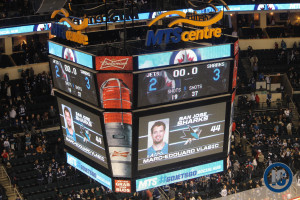 Pressbox Podcast:  Host Drew Mindell and analyst Michael Remis break down the Jets play against the Sharks this evening.