Jets on a Deadline – Jets 5 Canucks 4

Game recaps, post-game audio, video highlights and the NHL.com 3 Stars of the afternoon. 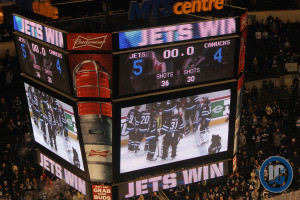 NHL.com:  Jets hold on to defeat Canucks, get 40th win.

Vancouver Sun:  Jets soar past Canucks, who crash at end of trip.

The Province:  Canucks give the home fans an edge-of-their-seats gift with loss to Jets.

Pressbox Podcast:  Host Drew Mindell and analyst Richard Pollock break down the Jets play against the Canucks this afternoon.  To listen click here.