Jets on a Deadline – Islanders 5 Jets 2 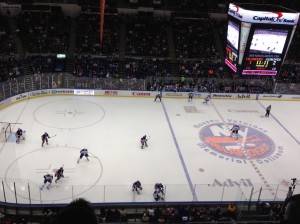 – Andrew Ladd:   “Surprised to see Dustin Byfuglien on his line to start the 3rd period.

– Dustin Byfuglien:  “Grew up as a defenceman and forward is not too out of my element. Whatever I can do to help the team”

– It was a tough game for us. We looked slow. Looked like they had the puck. We struggled to get it. We managed to stay in it.”

– (on inserting Buff as fwd): There was no cohesiveness whatsoever. It was hard to find guys that I could put out there.

– (on keeping Buff as fwd): Well we have got to win games. I will determine that later.

– We look like we are a fatigued group. We have played most games in the league and it looks like it is wearing on us.

– No update on Antropov. Said he hasn’t checked.