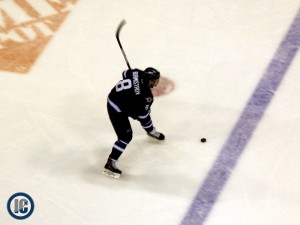 The Winnipeg Jets announced today they extended qualifying offers to the following 13 players to retain their negotiation rights.

i) By making a qualifying offer to these 13 players, the Jets retain the NHL negotiation rights to these players. In the case of Tomas Kubalik, he has already signed to play in the KHL, but should he ever want to return to the NHL, the Jets hold his negotiation rights. The same would be true if Alex Burmistrov chose to explore his options in Russia, for example.

ii) Not mentioned in the Jets’ press release are the players they chose not to extend qualifying offers towards. These players, goaltender Chris Carrozzi, forward Jason Gregoire, defenseman Will O’Neill, and forward Maxime Macenauer are now all unrestricted free agents.