It’s hump day Wednesday, which usually signifies the beginning of the end of the work week, but for IllegalCurve.com and The Illegal Curve Hockey Show, we are just getting started.

Illegal Curve Hockey will be your source for the latest news emanating from what should be a busy end of the week in NHL circles. Starting tomorrow (Thursday), with the rumoured (but expected) release of the NHL schedule, which we will cover and analyze just as soon as it is released. Who will be the first opponent for the Winnipeg NHL franchise? Hopefully we will find out for certain sometime tomorrow, so we can officially begin circling dates on our calendars. 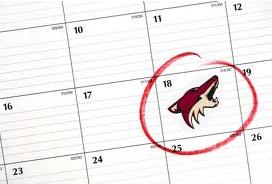 Later on Thursday night, Ezra (Twitter: ICEzra), Remis (Twitter: mremis), and Illegal Curve’s Scouting Correspondent Kyle Kosior (Twitter: ICkylek), will arrive in the Minneapolis-St. Paul area where they will be anchoring our extensive coverage of the NHL Entry Draft Weekend.  Be sure to stay with IllegalCurve.com and to follow IllegalCurve on Twitter, as the IC team in St. Paul will be covering the NHL entry draft in its entirety all weekend long.  As soon as news breaks in St. Paul, and/or interviews are recorded with draft picks, and other movers and shakers from the NHL, they will be available in their entirety on IllegalCurve.com.

A closer look at the week ahead after the jump.

Back in Winnipeg, Richard and Drew (Twitter: ICdrew), will be manning the offices of Illegal Curve Hockey, including a special edition of The Illegal Curve Hockey Show, Friday afternoon from 4PM – 630 PM on Sports Radio 1290. Stay tuned to IllegalCurve.com and @illegalcurve on Twitter for the list of guests once they are announced. 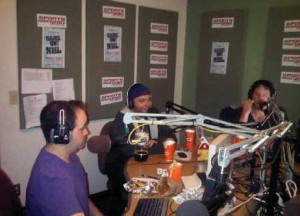 On Saturday, the regular edition of The Illegal Curve Hockey Show will air from 9-Noon on Sports Radio 1290. Joining Richard and Drew in studio for the full 3 hours will be Gabe Desjardins, the driving force behind Arctic Ice Hockey (formerly known as Behind the Net). Throughout the show on Saturday, the IC team in St. Paul will be appearing on air, providing the latest news, insights, and observational tidbits, from the media section of the Excel Energy Centre in St. Paul.

As you can see, a busy few days in store for Illegal Curve Hockey. As always, we always want to hear from you, be it via email (info@illegalcurve.com), twitter (@illegalcurve), or in the comments section below.

Friday News You Can Use: Latest on Return of the NHL to Winnipeg
Prospect Pulse: Who is Lucky #7?