Might number 18 return to the ice if the season resumes?

While I think the chances are remote of the 2019-20 season being resumed from the current pause due to the COVID-19 pandemic, I found myself speculating the other day as to what it could mean for Jets veteran centre Bryan Little.  Little we were told was shut down for the season by head coach Paul Maurice back on February 15th after having surgery.

As you will recall Little began the season on IR after he took a big hit in the final exhibition game and then on November 5th in a game against the Devils he took a friendly fire shot to the head which perforated his eardrum and left him dealing with vertigo. 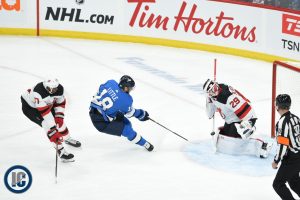 Bench boss Paul Maurice in a column written by Tim Campbell of NHL.com yesterday said this in regards to Little returning to the lineup:

“All things are possible, [but] I don’t have an answer yet,” Maurice said. “He’s going to have to get tested but yes, (it’s possible).”

You can read the full column here. 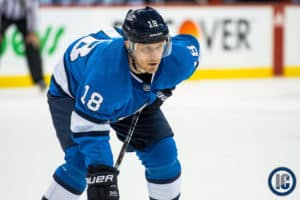 What might the addition of the veteran centre do for the Jets if the season resumes?  While I believe a return of the NHL this season is unlikely maybe it is not a bad way to distract from the current reality and folks can instead expend some energy arguing about who should be the 2nd line centre for Winnipeg.