ICE Chips: Second round check in on the Winnipeg Ice series vs Moose Jaw Warriors

Checking in on the Ice in their series with the Warriors.

The Winnipeg ICE are taking full advantage of home ice in the playoffs, adding two wins against the Moose Jaw Warriors to open the second round.

Coming off an impressive 8-2 win over the Prince Albert Raiders, the ICE wasted no time getting back to their elite form against Moose Jaw.

Connor McClennon scored just 18 seconds into Game One to lead off in a 6-1 Winnipeg win. Jack Finley, Jakin Smallwood, Matthew Savoie, Owen Pederson, and Mikey Milne also got in on the fun, while Brayden Yager spoiled Daniel Hauser’s shutout late for Moose Jaw’s only goal. Warriors’ goalie Carl Tetachuk was pulled after the second after surrendering five goals on 29 shots.

In Game Two, Hauser got his shutout, stopping 27 shots while the ICE forced Tetachuk out of the crease for a second straight game. This time, Tetachuk allowed five goals on 21 shots and was pulled 6:07 into the second. Finley scored two goals in the first 3:35 of the game, McClennon, Savoie, and Milne scored in a second straight game, and Zach Benson and Chase Wheatcroft also tallied. For Wheatcroft, his tip notched his first playoff goal. 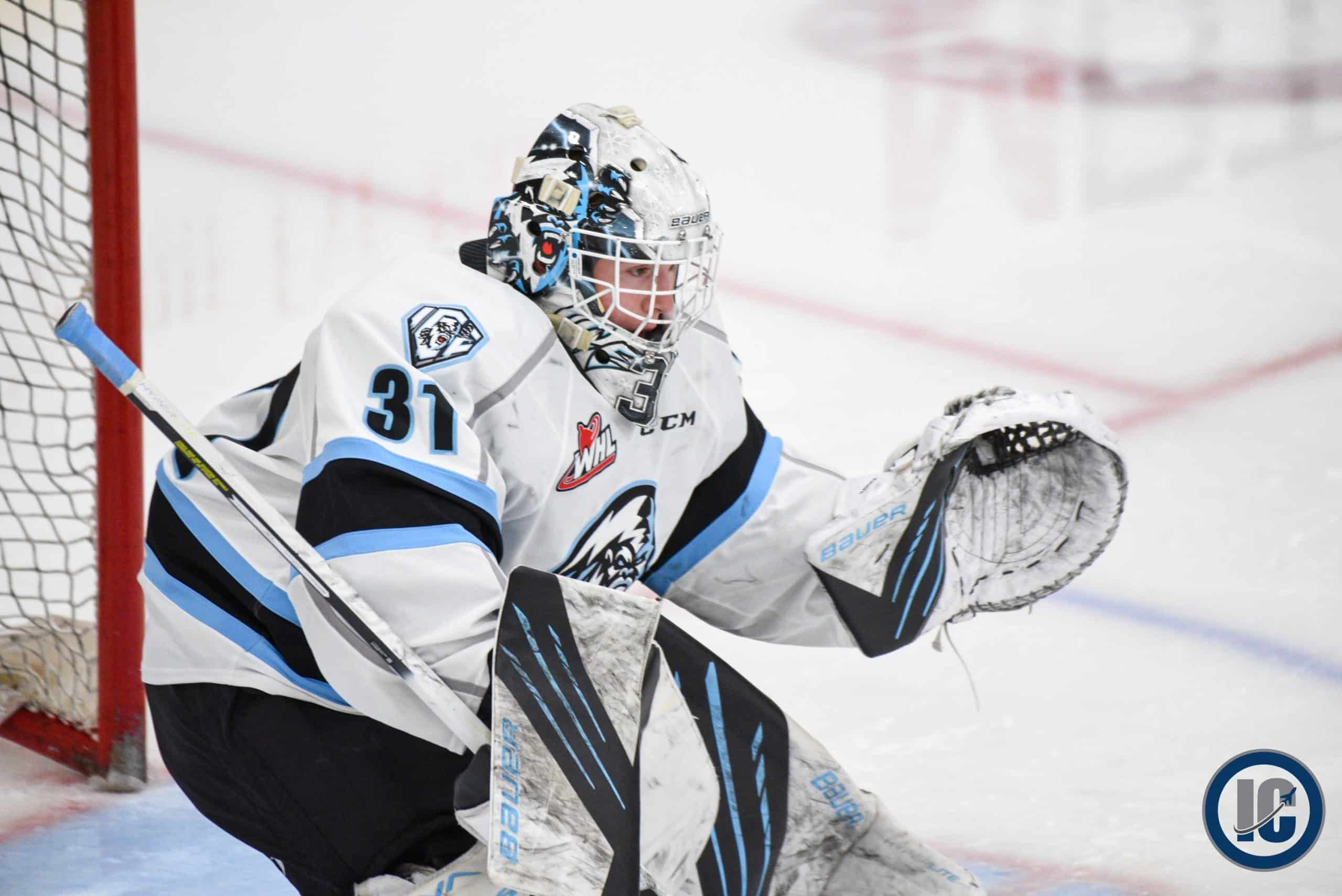 Winnipeg continued their dominant play from the first round to take a 2-0 series lead in the second round. Relentless pressure combined with smart, swift passing makes Winnipeg lethal in the attacking zone; quick transitioning and great goaltending create an imposing wall in the defensive zone. The special teams are elite, with Winnipeg going 4/9 on the power play and 7/7 on the PK with two shorthanded goals to start round two. The players have fully bought in to the coaches’ messages and systems. The ICE don’t even know what an off shift looks like. They made the Moose Jaw Warriors, the fourth best team in the Eastern Conference, look like they belong in the SJHL.

Now, the series heads to Moose Jaw for games three this evening and four on Wednesday. Winnipeg is 1-1 on the road so far in the playoffs. The ICE haven’t given any reason to think Moose Jaw can get back into this series, but they can’t afford to give the Warriors any hope. The Warriors are a young team with their backs against the wall, they’ll have the comfort and support of the home crowd to lean on, and they are likely have a lot of rage they want to vent. Even though Moose Jaw is building its group for the future, the ICE can’t let them off easy in the now. Better teams than Winnipeg have blown a 2-0 series lead.

Pederson wasn’t just the best player on the ICE to start this week, he was the best player in the WHL. With a goal and four assists, he’s hopped to 10th in WHL playoff points with 11 and is getting better every game. Even better, he’s developed a near-automatic chemistry with Jack Finley – Pederson got the primary assist on all three of Finley’s goals this week, while Finley assisted on Pederson’s goal in Game One. He was named the first star of Game One for his efforts.

Pederson has been passed over in the past two NHL Drafts – with play like this, he may be able to follow the path of Red Deer’s Arshdeep Bains and sign an NHL contract wherever he pleases.

ICE CHIPS: Winnipeg Ice Round One Recap
ICE Chips: Second round thoughts as the Winnipeg Ice hold a 3-1 series edge over the Warriors