Checking in after the first couple games of the ECF.

The Winnipeg ICE are taking a split series on the bus to Edmonton for the next three games.

Game One saw the Winnipeg ICE lose their first home game of the playoffs in crushing fashion. Down 4-1 in the third period, the ICE crawled all the way back to tie the game, but lost 1:07 into overtime after netminder Gage Alexander was stripped of the puck behind the net. From that play, Tyler Horstmann had a tap in for the winner. Alexander only let in that one goal; he relieved Daniel Hauser of the crease in the second after Hauser allowed four goals on 21 shots. Coyotes’ prospect Dylan Guenther scored twice for the Oil Kings, while Ben Zloty did the same for the ICE. Mikey Milne and Owen Pederson also got goals for Winnipeg.

In Game Two, the ICE put together a much stronger effort and scored four unanswered in the third to win the game 5-1. Milne led the way with a hat trick, bringing himself up to 13 goals in the playoffs. Pederson scored again and Max Streule wristed home his first WHL playoff goal. Two of Winnipeg’s goals came on a five minute power play. The ICE handed Edmonton their first loss of the playoffs and snapped Guenther’s point streak at nine, but it wasn’t all good news for Winnipeg. Matthew Savoie did not return for the third period after taking a hard blow on the boards, and Connor McClennon went into the wall awkwardly late in the game – he remained on the bench but did not play in the final four minutes.

Winnipeg and Edmonton have finally met a team they can’t simply “out-talent” for a win. Both teams took some shifts off, and each was made to pay for that by their opponent. Whether it was ICE players whiffing on wide open nets or Oil Kings taking unnecessary penalties, the two squads will both have to be better moving forward.

Now, the series goes to Edmonton for the next three games. Winnipeg could be missing some important players in Savoie and McClennon for these games. The ICE players just have to ignore the circumstances that led to those injuries and play hard on Monday. The best revenge Winnipeg can get on Edmonton for hurting their teammates is sending them home early. 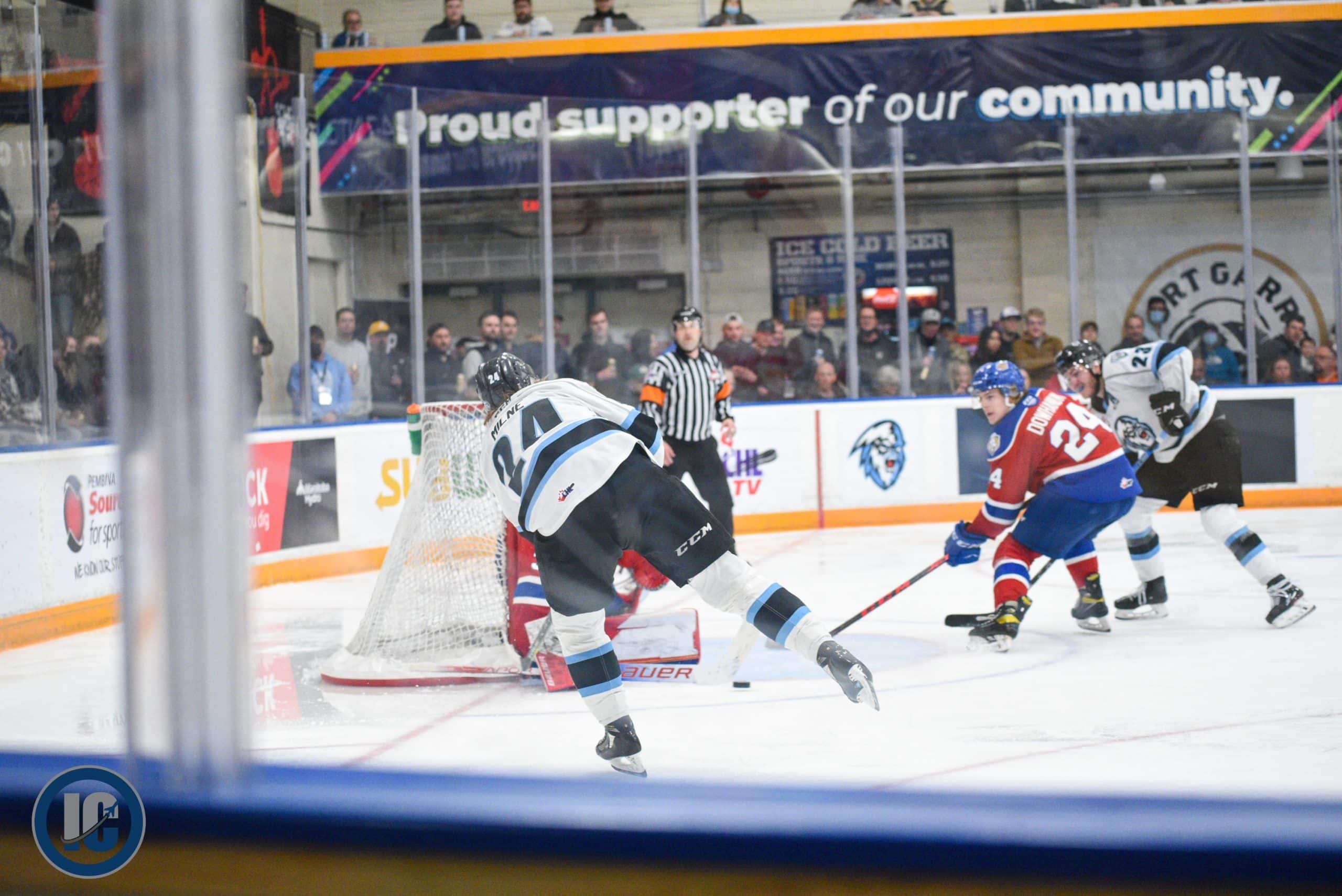 For Winnipeg, one player was ready to go every shift – Mikey Milne played some of his best hockey in Games One and Two. Smart reads with his stick and quick thinking led him to open the scoring in both games and get the hat trick in game two. There have been a lot of NHL scouts at the Wayne Fleming Arena the past two nights, and Milne is drawing a lot of their eyes. His workaholic nature and commitment to team success showed up in all of his shifts – Winnipeg needs him to keep that going on the road.