It isn’t every day you have a live shave-off on radio but that is exactly what happened during the last 15 minutes of the show on Saturday as the boys paid tribute to the end of Movember.

As you know for the past month or so we have been putting Prostate health as well as Men’s Mental health at the top of our daily Winnipeg Jets Morning Papers as the Illegal Curve team got behind the Movember movement.  We had a great team which helped to raise $6,303 for the cause.

On Saturday’s Illegal Curve Hockey Show on TSN Radio 1290 we dedicated the last 15 minutes of the show to discuss the past month’s activities and to shave-off our mustaches.  It made for some hilarious radio which you can hear below;

Movember on IC Radio – Listen as we talk to Movember co-chair Jeff Palson about the Movember campaign while Sabrina Carnevale from 999 BOB FM & FAB 943 FM judged the live shave-off and Richard Pollock chimed in.


While you are listening, here are some of the photos we took from the studio as Ezra and I removed the last hairy vestiges of Movember from our faces.

Luckily Movember co-chair Jamie Hopkins was in the area and provided us with Schick products: 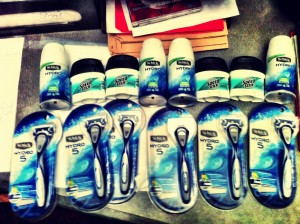 Dave and Ez prepare the product: 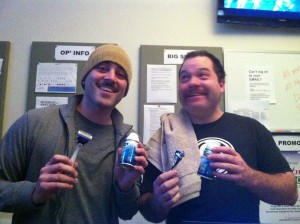 Ez gets a bit too enthusiastic about the shave-off: 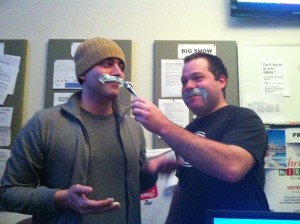 Ez goes a little far and almost drinks the water: 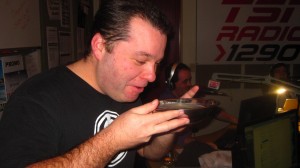 Drew is less than enthused that his mustache still remains, while Rich looks on and laughs:

Two of the three members of Team Illegal Curve are done with Movember: 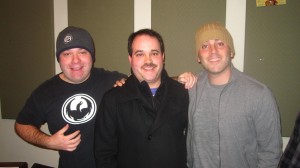 And thus ends a month of Movember awareness.  We hope we were able to raise awareness and funds as the health community continues to try and find cures for these diseases that impact so many men.

Big shout out to the entire Movember Winnipeg Campaign team: 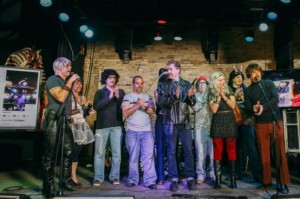 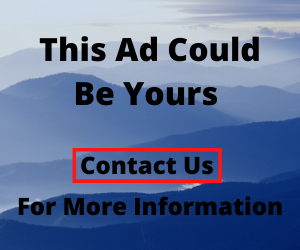