The Jets play the Canucks tonight in Vancouver, so on this past Saturday’s Illegal Curve Hockey Show, Ben Kuzma of the Vancouver Province came on the program to discuss the latest on the Vancouver Canucks.

The Illegal Curve Hockey Show airs Saturdays from noon to 3pm on TSN Radio 1290 in Winnipeg. The following interview is transcribed and paraphrased from the latest episode (available in its entirety at the bottom of this post.) Subscribe on iTunes and have the podcast automatically sent to you as soon as it becomes available.

On this past Saturday’s Illegal Curve Hockey Show, Ben Kuzma of the Vancouver Province came on the show to discuss the latest on the Vancouver Canucks. 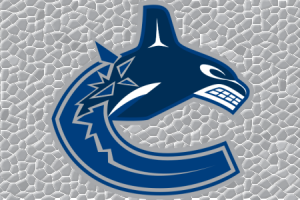 On the Cody Hodgson trade for Zack Kassian

“I think everyone got what they wanted, Cody Hodgson was in a pretty awkward situation here, he’s the third line centre, and he’s playing behind an Art Ross Trophy (Henrik Sedin) winner and a Selke Trophy winner (Ryan Kesler), he’s going to play ten to twelve minutes per night, he’s on the second power play unit, but he has sixteen goals. What do you do with the guy? He’s a natural centre, you can’t really play him on the wall (wing).”

“It was an uneasy relationship with the coach, if you go back to the ‘09 training camp, Cody Hodgson had a back injury, he had one point through six or seven preseason games, he had a lot of back pain, a lot of sciatica nerve, he couldn’t push off, couldn’t play very well. The coach framed it publicly at the time that Cody was using the injury as an excuse for a poor training camp. I don’t know about you, but if a coach said that about me, as much as you may try to put it in some perspective, I’m sure that was always simmering on the back burner.”

On David Booth’s ability to drive the net

“Corey Schneider has a great quote the other day, “we didn’t have that in the playoffs last year, we didn’t have a guy who could come off the wall and go hard to the net and finish.” By finish, that’s either shooting or scoring on your initial shot. A lot of David Booth’s goals are on rebounds he’s diving, he’s flopping and banging home rebounds. If you think about today’s NHL that’s how a lot of goals are scored, I think there’s a real attractiveness about David there.”

On the acquisition of Marc-Andre Gragnani

“He was on the second power play unit the other night against St. Louis, he gives them a nice option of a guy he’s 24, and he’s been around for a bit. He skates well, he moves the puck well. The Canucks have to realize they better have another option back there. Their big weapon on defense is Sami Salo on one of their power play alignments. Outside of Zdeno Chara he may shoot the puck as hard as anybody in the league. You always worry about a guy who’s getting on in age, and injury problems and the fact that you’re going to lose guys in the postseason. The interesting thing about Gragnani is that he gives them another option as another guy who can move the puck.”

On potential first round match-ups

“I don’t think they are salivating about any match-up, there are six or seven teams in this conference that are going to cause anybody grief. From what I have seen recently, in Phoenix, Dallas or St. Louis, it’s already playoff hockey, you’re basically playing the trap, waiting for one turnover, and all these low scoring games. The Canucks can play those kind  of games and it’s good that they can, because you’re going to see it in the postseason. We’re already getting a taste in March what it’s going to be like in April, May and maybe into June. To the Canucks credit they are tailor to play that kind of game. I’m a little concerned about their offense right now. Coming out of the conference it’s one land mine after another, the reason they made those moves at the deadline is they might lose a body or two along they way and you better have some depth.”

On the Canucks defensive depth

“That’s where it really falls off in a hurry here, you have Hamhuis and Bieksa as their shutdown pairing, and then Edler regularly pairs with Salo. The nice thing about Edler is that he’s really getting his physical game back, he’s throwing some devastating hits out there and he’s got a pretty good shot. But after that, Ballard’s out right now with a concussion. If Salo were to go down…Keith Ballard’s getting paid like a top four guy, but he’s not playing like a top four guy. That’s where they run into a problem. That’s where you wonder, guys like Aaron Rome, they are third paring guys. When they’ve had injury problems here they’ve paired (Aaron) Rome with (Andrew) Alberts on the third pairing and they’ve struggled. That’s why they called (Chris) Tanev up because they think the kid who’s only 22 can play. He’s challenged physically, but he’s extremely smart in moving the puck. The problem is if Salo goes down, can Ballard handle that load, that’s what we’re going to find out in the playoffs.”