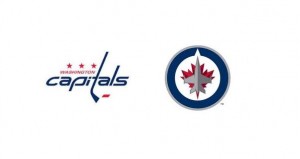 The Story: It’s all about keeping the momentum going now. The Winnipeg Jets snapped a five game losing streak on Monday with a 5-2 win over the Tampa Bay Lightning but that won’t mean much when they square off against the high-powered Washington Capitals tonight at the MTS Centre.

Winnipeg currently sits in 14th place out of 15 teams in the Eastern Conference with 15 points, and although the NHL season hasn’t even reached the quarter mark, the win-one, lose-three pattern the team has displayed thus far has to stop if this team wants to make the Stanley Cup Playoffs.

Furthermore, that means that the Jets are going to have put winning streaks together no matter who they’re playing.

Enter the Washington Capitals. The Capitals are one of the top teams in the league (21 points, 3rd in Eastern Conference) but come to the River City on a two-game losing slide of their own entering tonight’s game and losers of four of their last five games. The Caps lost 2-1 (shootout) to the New Jersey Devils last Saturday and then followed that up with a 3-1 loss to the Nashville Predators on Monday.

The Capitals are the 2nd highest scoring team in the league (55 goals in 16 games) but have had trouble scoring goals as of late (11 goals in their last five games). Capitals Coach Bruce Boudreau benched Russian sniper Alexander Semin (three goals in 16 games) last Friday night and left superstar Alexander Ovechkin on the bench late in third period during a game against the Anaheim Ducks earlier this month.

Boudreau’s decisions have been pretty straightforward: At critical times this season, he has been unhappy with the way two of his most talented players have played and he is not afraid to take action during games to address it.

Will Boudreau bench any of his players when the Capitals play the Jets tonight? Well, the good news for Winnipeg fans is that NHL head coaches are only permitted to bench players on their OWN team.

The Jets continue their three-game homestand against the Philadelphia Flyers on Saturday, November 19th. Please note that puck-drop for this game is at 2 p.m. After Saturday’s game, the Jets will have a four-day break before they hit the road for a rematch with the Washington Capitals on Wednesday, November 23rd.

NOTES…. On Wednesday, Claude Noel said Winkler-born forward Eric Fehr (former Washington Capital) could possibly return for the Jets during Saturday’s game against Flyers ….. Defenseman Mark Flood has three goals on the season which is more than forwards Brooks Laich (2), Mike Knuble (2), John Carlson (1) and Karl Alzner (1). More amazing is that Flood has only played 7 games. Laich, Knuble, Carlson and Alzner have played 16 games this season…..Defenseman Roman Hamrlik is the only member of the Washington Capitals who played a game against the original Winnipeg Jets….. Defenseman Mike Green (strained right groin muscle) did not travel with the team to Winnipeg…..