For the second time in two meetings the game goes more than the distance, this time requiring a shootout, and this time won by the Flames 4-3.  Winnipeg falls to 5-3-1 on the season. 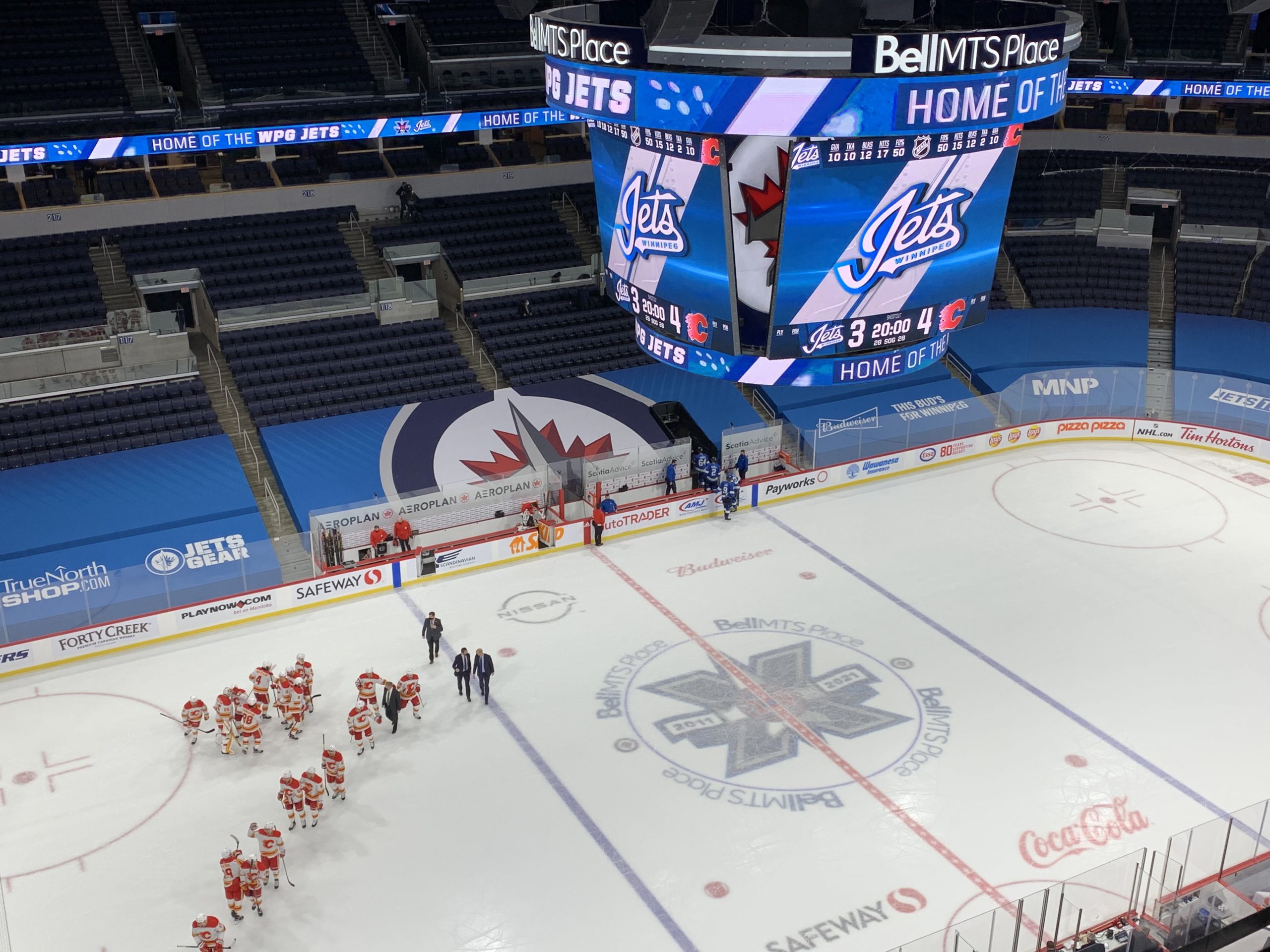 The first goal of the game was Kyle Connor’s 110th goal which moved him into sole possession of 10th on the Jets all-time goals list (he was tied with Evander Kane). His two power play goals also tied him with Dany Heatley for 10th on the power play list with 31.

Mark Scheifele picked up the 272nd assist of his career on the opening goal by Winnipeg which gives him sole possession of fifth spot on the Jets all-time list (he was tied with Vyacheslav Kozlov).

Blake Wheeler, played in his 719th game this evening for the franchise, which moves him into a tie in 2nd spot with Tobias Enstrom for games played.

Adam Lowry’s point streak comes to an end at six games as he didn’t pick up a point.

Connor Hellebuyck let in a very un-Hellebuyck type of goal from long-range by former Manitoba Moose defenceman Chris Tanev who must remember the intricacies of the Bell MTS Place ice.  Despite this he made some sensational saves in the 3rd period to keep this one close.

1. What did he see from his team after they gave up the lead in the 3rd?
2. What were his thoughts about the changes to the top six?
3. Did he feel that strange goal in the 2nd zapped the team?
4. Is he concerned with the 2nd periods? (how low the lows get at times).
5. Is the first power play unit looking like what he thought they would?
6. The Jets shootout order and did he consider Nikolaj Ehlers?

This evening was the fifth game of this seven-game homestand but it was just the first of four straight against the Flames.  These two teams are back in action tomorrow night. Be sure to start your Tuesday with the Morning Papers which go live at 7 am on illegalcurve.com.