A look at the game 37 projected lineups and pre-game audio. 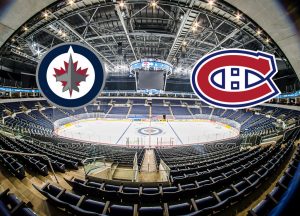 The Jets and Habs will do battle today to conclude the pre-Christmas portion of the 2019-20 season.  Winnipeg is feeling good after they rolled the Wild in their last game 6-0 on Saturday while later that night Montreal lost their game in Edmonton 4-3.

Based on yesterday’s practice we aren’t expecting any lineup changes at forward or defence.  There wasn’t any confirmation from Jets coach Paul Maurice as to which goalie will get the start tonight versus Montreal.

According to Scott Billeck of the Winnipeg Sun it is a highly optional morning skate today and indicated the four players (Mark Scheifele, Blake Wheeler, Luca Sbisa and Gabriel Bourque) who missed yesterday’s practice are all on the ice.  It seems the consensus is that Laurent Brossoit will start.

Via Stu Cowan of the Montreal Gazette.

Coach Maurice:  Value of Ben Chiarot.  Joel Armia becoming a big goal scorer.  What impressed him most about Jansen Harkins debut?  Laine scoring more in December.  What it was like on the bench when Blake Wheeler set the franchise record for most points.  Any lineup changes?  Challenges with all the new faces.

ICYMI: Check out the roster for tonight's Jets game.