A look at the game 25 projected lineups and pre-game audio. 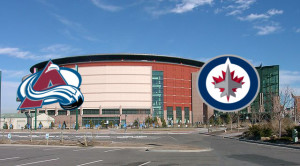 The Jets flew into Denver on Tuesday as they are in Colorado to take on the Avalanche on this one-game road trip.  The team dismantled the Wild by a score of 7-2 on Monday and will try to keep things rolling against a very good home squad who sport a 7-2-1 record at the Pepsi Center.  Coach Maurice had indicated that this was going to be Steve Mason’s start but as he is now on the injured reserve the big question heading into today’s skate is whether the Jets bench boss will toss recently recalled Eric Comrie into the mix for his second ever NHL game (and first this season).  With Connor Hellebuyck having a light load in the win on Monday we may see him once again between the pipes.

Ken Wiebe of the Winnipeg Sun confirms from skate that coach Maurice is using the same forward lines and D pairs that he used against the Wild on Monday.  Ken also tweeted “Connor Hellebuyck did the early shooting drill usually reserved for the starting goalie”.  Ken indicated that Hellebuyck was first goalie off the ice and starts for Winnipeg.

Coach Maurice:  Prepping from the Avalanche when you haven’t seen them.  What has he learned about the Avs?  Are the Avs playing with more energy?  What is the most important thing Dmitry Kulikov brings to the team?