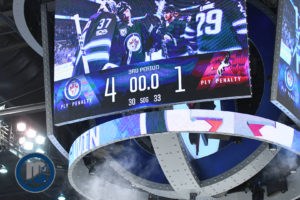 It wasn’t a pretty game as the Coyotes are a painful team to watch.  The Jets got contributions from top to bottom of the lineup with Adam Lowry picking up a goal and assist, Bryan Little finally got one after he stole the puck from Ekman-Larsson and both Lowry/Copp did some digging to score.  Connor Hellebuyck continues to roll running his record to 9-1-2 on the season.

The team picks up back to back 4-1 wins in this home and home series against the Coyotes.  The Jets record is now 10-4-3.

Coach Maurice:  On Hellebuyck’s performance.  On Hellebuyck’s maturity.  What did they do better in the 2nd period?  What did the goal mean for Bryan Little?  Scoring from the bottom six.  Play of the penalty kill.  Does he anticipate Perreault playing in next game?  What has he learned about Mason in last two months?

Jets have a day off on Wednesday.  Then they welcome the Philadelphia Flyers to town for a game on Thursday.