A look at the game 14 projected lineups and pre-game interviews.

The Jets are coming off an impressive 4-1 win over the Sharks and are 7-1-2 in their last ten games. They will have a tough test tonight against a Kings team that is feeling very good about their game having won seven straight.

Seems unlikely that Paul Stastny will return tonight so expectation is the roster will continue to be the same as last game although lines and D pairings will likely look how they did yesterday in practice. 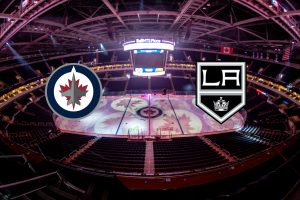 According to Scott Billeck of the Winnipeg Sun it is a sparsely attended optional morning skate although he did confirm that Paul Stastny isn’t skating at it.

Head coach Paul Maurice confirmed that he will use the same lineup as last game.

Puck drop is at 6 pm CDT.  Be sure to head over to illegalcurve.com following the game for a recap of the action which includes post-game interviews from Jets players as well as from head coach Paul Maurice.  You can also join us afterwards for our post-game show here (be sure to smash that like/subscribe button).