Game 1 of the pre-season: Jets vs. Oilers projected lines 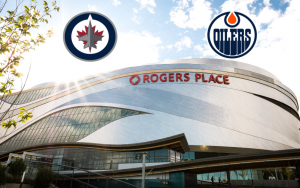 A look at the Jets lines ahead of game one of the preseason for Winnipeg who play tonight in Edmonton.  According to Ken Wiebe of The Athletic Winnipeg:

Coach Maurice:  What are his expectations?  What does he look at for Mark Letestu in today’s game?  Will he be line matching.  His early impression of David Gustafsson.  Gustafsson being a Swedish Adam Lowry.  Evaluation of North American vs European game.  Is Gustafsson a pure centre?  Does his time in the KHL help in transitioning Chibisov to the NHL game?  Keys to Logan Shaw.