Note:  Remember that IC (Ezzy, Kyle and Remis) will be covering the draft live from the draft floor of Xcel Energy Center in St. Paul, so make sure you’re getting all the latest news from @illegalcurve.  The remainder of the IC Crew (Drew, Rich and Dave) will be hosting the Hustler & Lawless show tonight from 4-6:30 pm cst on Sports Radio 1290 and you can bet that we will be talking Winnipeg’s 1st draft choice and possibly team name if/when that gets revealed.

Winnipeg Free Press:  New NHL team will play as Jets. I’m wondering now if people are happier that it is Jets or the fact that they are using Winnipeg. 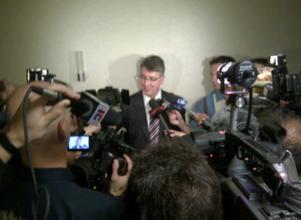 Listen to the complete audio of the press conference here

TSN:  Winnipeg NHL team expected to announce name before 7th pick.  Can today really be the day?  We want to know what you think the name should/will be.  Sound off in the comments.

Bayshore Broadcasting:  NHL entry draft and hiring blitz.  Former Thrashers assistant coach Mike Struthers lost his job when Atlanta left for Winnipeg and he discusses losing his job, and what it will take to get new employment in the NHL.

Winnipeg Free Press:  Winnipeg system has decent depth.  Considering how poorly the Thrashers have finished, you would expect the team to have some decent depth in the system.  For all the latest on the Winnipeg young guns, make sure you follow IC Kyle’s Prospect Pulse.

Winnipeg Free Press:  Noel to be introduced as head coach today.  Interesting to note that Pittsburgh GM said Noel would have been on the Pens short list had Bylsma not worked as Pens interim coach.

Winnipeg Free Press:  Habs, Pens first guests to arrive.  Everyone in Manitoba has been scouring the schedule since it was released and the results seem very positive.

Chronicle Herald:  First round assessment.  Taking a final look at how the 1st round may play out.

Vancouver Sun:  Canucks lose the farm, then its boss.  The Nucks’ have lost a big chunk of their organization and ironically may have to seek out the Chicago Wolves to work out an AHL affiliate deal.

Toronto Sun:  Possible picks pumped for ‘Peg.  All have good things to say and in just 10.5 hours (or so depending on when you read this) we will know which of these kids will be selected by the Winnipeg franchise.

More Winnipeg and general NHL links after the jump.

Winnipeg Sun:  Ludlow predicts quick end to name game.  Some would suggest that there hasn’t been anything quick about this process, but might we know the team name today?  Stay tuned.

Toronto Sun:  True North rolls dice.  There is going to be a lot of weight on Claude Noel’s shoulders as he attempts to reward the faith being placed in him from True North.

Washington Examiner:  Not so right on schedule.  Caps fans are going to have to get used to a quieter season now that there aren’t HBO cameras or the Winter Classic on the schedule.  Perhaps it could be a good thing.  Looking forward to seeing Ovi & company 3 times this season. 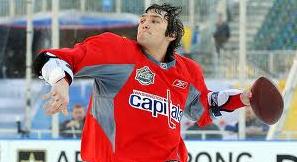 Boston Globe:  No big deal for Chiarelli and Bruins.  When you are the Stanley Cup champs, you generally don’t need to be making a bunch of moves.

Pittsburgh-Tribune:  Mario encouraged by talk with Jagr.  Anyone else having flashbacks to the early 90’s? 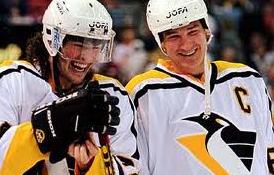 CBC:  Flyers undergo major facelift.  Even ‘major facelift’ seems like an understatement for the wholesale dismantling of the team that occurred yesterday.